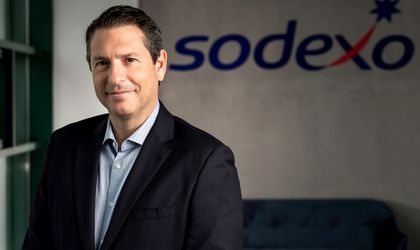 Manuel Fernandez Amezaga, the CEO of Sodexo BRS Romania, talked to Business Review about his company’s initiatives on the local market over the last year and the Sodexo Stop Hunger Foundation’s positive impact at the global level.

How did Sodexo Romania support disadvantaged communities last year and what was the impact of this involvement?

2020 was a year that put our creativity and imagination to the test, as we had to find new solutions to new problems. The same principle applied to our CSR initiatives, because these difficult times generated a tremendous need for support among certain social categories. Last year, our projects and actions continued to have a positive impact on individuals, communities, and the environment, and we acted as a trusted partner. At the company level, we started by offering optimal employment conditions including a safe workplace, attractive benefits, and a culture of well-being. Moreover, we ensure gender and generational balance in our team, which leads to better inclusion and engagement. 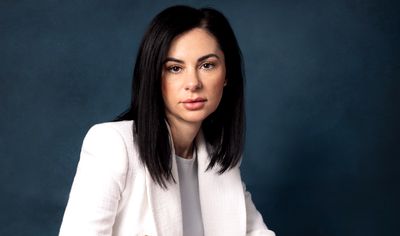 At the community level, Sodexo employees were involved in volunteering events through Servathon – a global programme that provides families in need with access to food. Last December, it was implemented in partnership with the Magic Association and resulted in the donation of 60 packages with products covering basic necessities to families with children undergoing oncological treatment.

We also launched the Together for Tomorrow project, in partnership with the Touched Romania Association, to help low-income families overcome this difficult period. The project has a double target, supporting both families in need with daily hot meals, as well as businesses in the hospitality sector with constant food orders. Over 8,600 meals were donated between September 2020 and April 2021. Some of our clients joined our initiative and contributed with in-kind or financial donations.

As the pandemic situation generated the urgent need for quality online education, we joined the ‘Dam un Byte de Ajutor’ campaign, coordinated by Ateliere fara Frontiere, and donated over 80 computers and other electronic equipment to schools. We also continued to support women’s development through the ‘Empowering Women’ project, alongside WorldVision Romania. Since 2019, it has been supporting vulnerable women from a poor community in Predesti by providing financial education, building a self-sustainable cooperative, and creating jobs. The Predesti Agricultural Cooperative produces a variety of fresh vegetables that are sold in local markets or through online platforms, some even reaching Mega Image stores.

What can you tell us about the Sodexo Foundation’s community involvement at the international level?

Stop Hunger is a global association that fights against hunger. It was established in 1996 by Sodexo US teams, who wanted to offer free meals to disadvantaged children during the summer holidays. Since then, Stop Hunger has evolved from a limited project developed by a handful of employees to a global non-profit organisation. Its initiatives go beyond food aid, as it also aims to empower women so that hunger may be eradicated effectively and durably in the most vulnerable communities.

Stop Hunger is built upon partnerships with hundreds of local and international NGOs as well as the unique ecosystem of Sodexo, its founding partner. Over 7.3 million free meals were provided last year, up 63 percent from 2019, and over 26,000 volunteers from 47 countries have contributed to the Stop Hunger emergency food aid.

In Romania, the Stop Hunger Association was established in 2008 – with support from the Sodexo team –  and it has managed to mobilise significant resources to help disadvantaged groups and develop programmes that could improve their quality of life.

What are the strategic objectives of Sodexo’s CSR projects?

Since its inception, back in 1966, Sodexo has kept corporate responsibility at the core of its activities. The concept was innovative back then, but we improved it further as our company expanded. We strongly believe in this concept – now more than ever – because our employees, clients, suppliers, consumers, and shareholders expect our growth to have a positive global impact. To sum up, Sodexo follows three directions in its community interventions: at the individual level – improving quality of life for all the individuals we serve; at the community level – supporting the development of vulnerable communities; and at the environmental level – having a positive overall impact.

Interview | Paul Drăgan (Premier Restaurants Romania): We have a commitment on acting...