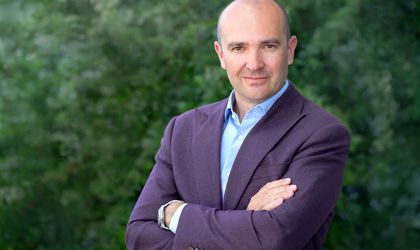 Last year, the company ensured the transfer of responsibility (collection, recycling, reporting) of 160.000 tons of packaging waste on the Romanian market, especially from FMCG and retail companies. Clean Recycle ensures the responsibility transfer for a number of over 700 companies, which generate more than 160.000 tons of glass, PET, paper, cardboard and other on the market.

Although Romania has made progress in recent years in terms of selective collection and recycling activity, the country figures are far behind the European average, although the targets imposed by the European Union are gradually increasing. According to Eurostat data, Romania recycles 4 times less than the average of European countries. By 2025, Romania must reach 55% recycling rate, but our country has not even reached the previous target of 50%, set for 2020. In February 2022, Romania was again sued by the European Commission, because it has not closed all 68 landfills, according to a decision from 2018 – at this time, Romania still has to close 42 illegal landfills.

“On the other hand, the Guarantee – Return System (SGR), through which each of us should be able to return a bottle or a dose of aluminum to a nearby store, is a great uncertainty. The entire market OIREP (responsibility transfer operators) was preparing for the implementation of the system at October 1st, 2022 and now it is not clear whether it will be possible to implement it even from 2023. We operate on a market where normative acts are not correlated, in which the legislation and an insufficiently well-developed system could dynamite the entire recycling system – already fragile in Romania”, says Cosmin Monda, founder and CEO, Clean Recycle.

The guarantee-deposit system, a complex model inspired from the European countries` experience, should be a way for the various parties involved in the producer-consumer-recycler chain to organize a system of voluntary return of packaging – both single use and reusable – by using a financial incentive (guarantee). At present, however, SGR remains unclear for the entire industry, given that the Romanian state would be a shareholder in this system and the normative acts and official decisions of the Ministry of Environment are unclear.

According to the European Commission, Romania must reduce the amount of municipal waste stored by up to 10% until 2035 – but currently, Romanians store 70% of the waste they produce, compared to the European average of 24%. On the other hand, the total volume of packaging is increasing*, mainly due to the increase in the general consumption of the population – especially in the segment of glass and plastic packaging waste.

Clean Recycle is one of the top 5 players in the local packaging waste transfer of responsibility (OIREP) market. The company manages a portfolio of over 700 companies that produce and market packaging waste, active throughout Romania, in areas such as FMCG and retail, agribusiness, automotive, distribution, industrial production, pharmaceuticals, etc.

Analysis: 8 out of 10 waste materials left by tourists at the seaside...

Thousands of digitized eco-islands, hundreds of collection centers and dozens of recycling stations...