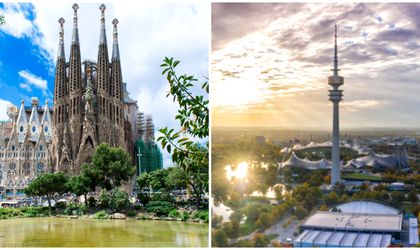 The European cities of Barcelona and Munich have signed an official commitment to become zero waste, becoming the biggest cities in Europe that will get the certification.

With a population of approximately 1,6 million, Barcelona would become one of the biggest European municipalities implementing a zero waste strategy, with a wide range of waste prevention, reuse and recycling measures in place. The city  has created a dedicated strategy for improvements, engaging widely both with the local community and different stakeholders to facilitate the zero waste transition.

Following this commitment, Barcelona will start implementing their zero waste strategy. Some of the objectives for the coming years are:

Mentors: Rezero has been the mentor organisation of Barcelona. The Spanish organisation provides knowledge and promotes ideas, regulations and innovative projects so that companies, public administrations and citizens have the opportunity to enjoy a model of production and consumption towards zero waste, without toxic materials or products that are left unused. The Barcelona City Council has been working for years on waste prevention: with the Zero Plastic Commitment, the Carbon Calculator and the Barcelona Zero Waste Plan 2021-2027.

“Big cities are in debt with their territory, we produce a huge amount of waste and it’s about time we become responsible of it. Barcelona’s commitment with the Zero Waste strategy shows that we do care and that we do act: we aim to be a neutral city and to inspire many others”.

“I remember that when we brought the zero waste concept to Barcelona back in 2010 they called us fools. Today I’m proud that my hometown joins many others in the club of virtuous management of resources. Barcelona still has many challenges ahead, but the commitment to the zero waste certification is a step in the right direction!”

“At Rezero we are happy that a city like Barcelona is moving towards Zero Waste. It is an important challenge and we will help in everything necessary to achieve the European certification. We also encourage other towns and cities to apply, as Barcelona has done today”.

Munich, the third most populous city in Germany by number of inhabitants, (1,6 million), is another important European municipality that has signed for the zero waste commitment. In July, its City Council a concept in which around 100 city-wide measures are defined to reduce Munich’s waste volume and conserve resources. This concept is now starting to be implemented by the waste management company Munich (AWM). To align with the required criteria of becoming a Zero Waste Candidate City, the City of Munich commits to the following:

“Munich is continuing on the path towards zero waste, which I initiated at the end of 2019. I believe it is very important that we, the City of Munich, benefit from others’ experiences as part of a European zero waste network, but also inspire other cities. By signing the Zero Waste Commitment today, we are underscoring our commitment to becoming a city that produces as little waste as possible and conserves resources. Munich is taking on a pioneering role – against wasting resources and for the environment.”

“Today we are one more step towards the finish line. With our commitment, we are part of a European network that shares a common vision: As little waste as possible, no waste of resources. In the coming week, AWM will propose to the city council to establish a cross-departmental zero-waste office to run purposefully  in the direction of our ambitious goals. For this, we would like to thank all our employees, who have developed a great concept in record time.”

“With big cities come big impacts and therefore, it is great to have Munich joining our Zero Waste Cities Certification system. We look forward to working with the city to help them optimise their already existing systems and achieve great results. I’m sure Munich will be a great inspiration to other large European cities and a role model that zero waste is also possible in big cities.”