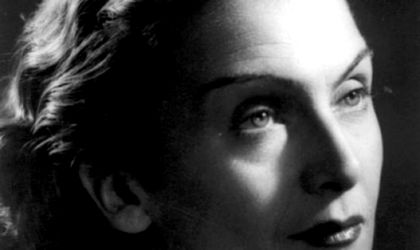 Romanian actor Victor Rebengiuc and conductor Tiberiu Soare will open the 2013-2014 season of the Radio Romania Orchestra, preseting together Peer Gynt in Grieg interpretation. Belgian violinist Lorenzo Gatto, soprano Simonida Lutescu and mezzosoprano Antonela Barnat will be on stage, too.

In memoriam Maria Tanase (in picture)

One of the nation’s greatest voices, Maria Tanase has been described as Romania’s Edith Piaf. September 25 marks a century since her birth, and the date is being commemorated by Radio Folk Orchestra, under the wand of Adrian Grigoras. More details about Maria Tanase, here.

On the National Day of Spain, the Cervantes Cultural Institute invites music lovers to a concert held by David Martinez. The program of the night is as follows: