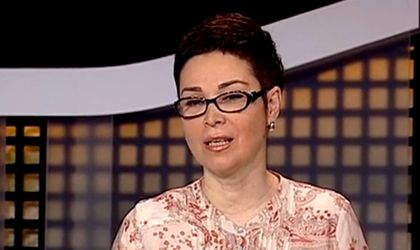 The Association of Big Commercial Networks in Romania (AMRCR) has announced on Friday that Delia Nica has stepped down as head of the organization, after a video recording was published on YouTube, showing her throwing a bag at a person that was attending an event at the Ministry of Environment.

The incident happened on Thursday during a debate on sums owned by retailers to the Environment Fund. According to de-clic.ro, Nica targeted a representative of the civil society.

The AMRCR said it was thanking Nica for her activity in the past few years in the field of modern commerce, and for her involvement in the “management of sensitive challenges which the modern commerce has to face”.

The association did not say who will replace Nica as head of the AMRCR.

“Retailers reaffirm their availability for dialogue and reassure authorities, the civil society and the mass media that they will remain a solid and responsible partners in all the activities and projects of common interest”, stated the AMRCR.

Nica has been executive director of the AMRCR since March 2013, according to her public LinkedIn account. She was director of Metro Group AG Representative Office between August 2007 and December 2011.

From 2002 to 2007 she was head of PR and Corporate Communication at Metro. In the previous decade, Nica was the head of export-import operations at Mercedes-Benz Romania.

The AMRCR has close to 20 members including French retailer Carrefour and Romanian DIY retailer Dedeman.