The sounds of September 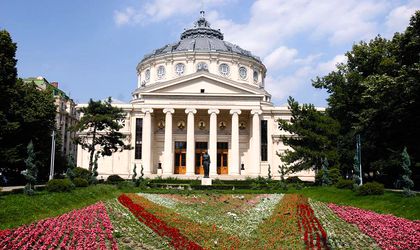 September begins with the George Enescu International Competition, Romania’s sole classical music contest of international renown. The event – a companion to the biennial festival – keeps the composer’s spirit alive by providing a platform for the younger generations of musicians he inspires. More than 230 young artists from 36 countries applied to take part. From Romania, ten violinists, fourteen pianists and two cellists will compete. With 81 participants, the piano contest will be the toughest, with the violin and cello sections having 64 and 34 competitors respectively. Moreover, 41 musical works have been submitted for the composition section. Participation is up 20 percent on 2011. The youngest Romanian contestant is violinist Mircea Dumitrescu, who, at 16, is also the second-youngest competitor overall, after Briton Stephanie Childress, 15, a fellow violinist. The competition runs from September 6-27, at the Romanian Athenaeum and the National Music University. Admission to the concerts and recitals was free based upon online registration, but all seats have now gone.

Mid-September brings the Balkan spirit to Bucharest when Shantel & Bucovina Club Orkestar, Čači Vorba, Django Lassi, Kottarashky and The Rain Dogs, Mahala Rai Bandaand Kiril Djaikovski ft TK Wonder & Ghetto Priest will converge on the little known Uranus Garden for the BalKaniK! Festival. The fourth run of the event, which begins on September 12, comprises three days and three nights of energetic concerts and arts and crafts workshops at Uranus Garden, a hidden courtyard in the heart of Bucharest, surrounded by surreal-looking architecture from the 19th century that survived the communist urban planning of the 1980s. Tickets cost RON 65 for one day or RON 130 for a full subscription.