Take it littorally: breaking down the Black Sea resorts 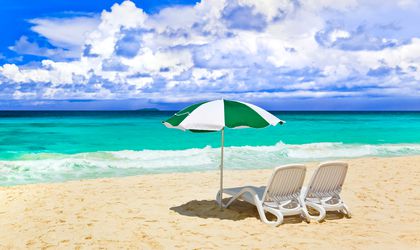 When the summer comes and the temperature soars, one of the best places to be is by the seaside. From north to south, from the Chilia section of the Danube Delta to the border with Bulgaria, a series of Romanian resorts line the Black Sea coast: Navodari, Mamaia, Constanta, Eforie Nord, Eforie Sud, Techirghiol, Costinesti, Olimp, Neptun, Jupiter, Aurora, Venus, Saturn, Mangalia, 2 Mai and Vama Veche.

The capital of seaside fun is unquestionably Mamaia, which is top spot with the bucket-and-spade brigade for having the finest sand and the smoothest beach along the entire Romanian coast. It is also the country’s best destination for water sports, which can be practiced both on the Black Sea but also on Siutghiol Lake. A handy aspect of the resort is the fact that most hotels (there are over 60 in total, from cheaper two- and three-star options, to exclusive four- and five-star properties and private clubs) are very close to the beach. The latest additions are the Aqua Magic fun park and the Telegondola, a cable car that takes you from one end of the resort to the other, offering a great view over Mamaia, the Black Sea and Sutghiol Lake. Sports such as snorkeling, scuba-diving and paragliding are all part of the fun.

Nightlife is another draw of the resort. Recently, the mayor of Constanta, Radu Mazare, along with some nationally known pop singers, Loredana, Cabron and Alex Velea, launched the resort’s “anthem”. The eccentric mayor, well-known for his outfits, Brazilian parties and entourage of young women, appears in the video dressed as a lifeguard from the 1940s, saying in the song that Nu vezi la Saint Tropez/Carnaval ca la Mazare (You don’t see in Saint Tropez/Carnival like at Mazare’s). Clubs such as The Office Lounge Mamaia, Tribute Summer Residence, Crema and Princess Summer Club are the places to be seen after the sun goes down. Be prepared to meet Romanian celebrities, spend ridiculous amount of money and be tagged in Facebook photos with tanned beauties.

Moving south, for those seeking peace, quiet and relaxation, you come to Eforie Sud and Eforie Nord, where mud treatments are available. Costinesti is popular with a young, party crowd, and every night Romanian DJs and singers entertain the fans. In keeping with the budgets of the clientele, the accommodation is mostly in guest houses, many of which provide bed only, without food.

Neptun and Olimp, situated near a beautiful thick wood and in the vicinity of two freshwater lakes, used to be privileged oases of leisure for the “upper classes” of Ceausescu’s government. Amenities in the two resorts are excellent, with numerous sports facilities, taverns, restaurants and clubs. South of Neptun, other resorts such as Jupiter, Cap Aurora, Venus and Saturn are the ideal destinations for budget travellers. For a holiday on the open wave, make a stop at Cap Aurora, at Life Harbour Limanu.

The last resort before the Romanian coastline reaches the border was once a bohemian community, a place where local artists, actors, singers and dancers came to holiday in quiet seclusion. The peaceful village of Vama Veche was a traditional destination for those enjoying quiet beaches, swimming in the sea and nudism. The resort was a hangout for intellectuals; for reasons that are not entirely clear, the generally repressive regime of Nicolae Ceausescu chose to tolerate this countercultural oasis, as long as people had their identity papers with them. Accommodation consisted of tents or rooms rented from peasants or fishermen. Today it is a livelier affair, though it retains it rebellious vibe.