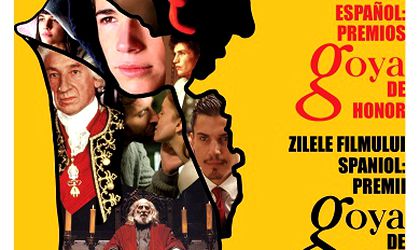 Seven films that have received Honorary Goya awards will be shown during the Spanish Film Days, set to take place October 13 to 16 at Cinema Studio in Bucharest.

The Honorary Goya awards are presented in recognition of the lifetime work of a filmmaker in any discipline. The film artists presented at this edition are directors Mario Camus, Antonio Mercero and Josefina Molina, and actors Manuel Aleixandre, Alfredo Landa, José Luis López and actress Concha Velasco. The films shown were selected looking at presenting artists who have either marked a new style or have made crucial contributions to Spanish cinema.

The films will be shown in their original Spanish version, with Romanian and English subtitles. Tickets are available at the Cinema Studio box office, priced RON 10 a full ticket and RON 7 within a subscription.

The program of the Spanish Film Days