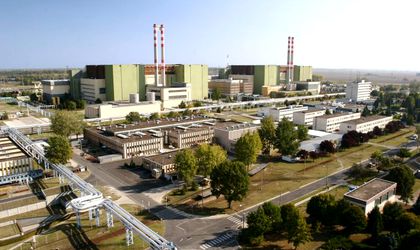 ROMATOM, the association that promotes the use of nuclear energy in Romania, said it was supporting Hungary’s plan for the development of two new nuclear reactors at Paks plant.

At present, Hungary uses four reactors, each with an installed capacity of 500MW, which will have to be put offline between 2032-2037. The new units VVER-1200 reactors are supplied by the Russians. Hungary will also cover 80 percent of the total investment, which is EUR 10 billion, from a loan granted by Russians.

The project is in a pre-construction phase and the European Commission, the executive arm of the EU, has started an investigation last year, to see if the investment does not conflict with state aid rules.

“ROMATOM supports the development of the new nuclear power reactors at Paks II and will continue to support such projects in Europe, which will use nuclear technologies that are safe, reliable and verified,” said Marius Gheorghiu, the general manager of Elcomex IEA, the company currently holding the presidency of ROMATOM.

Romania operates two nuclear reactors at Cernavoda, which cover around one fifth of the country’s annual electricity consumption.

The association said there are 130 nuclear reactors in 14 EU member states that generate around 30 percent of all the electricity in the EU.