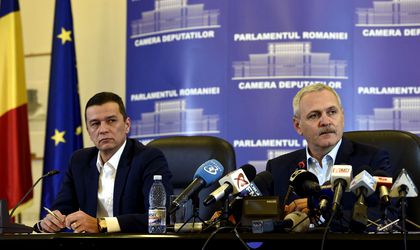 The head of the Social Democratic Party (PSD), Liviu Dragnea, suggested that the hearings of the ministers proposed by PM-designate Sorin Grindeanu in the special committees in Parliament could take place this week, alongside the final vote of MPs, who will decide if the government formed by PSD and the center-right Alliance of Liberals and Democrats (ALDE) gets to power.

PSD and ALDE hold a simple majority in Parliament and Dragnea said that his party was ready to negotiate with the Union of Hungarians in Romania UDMR and the group of minorities to make sure that Grindeanu’s cabinet gets voted in Parliament.

Under Dragnea’s plans, the new government will be sworn in this Thursday.

Grindeanu will have to submit to Parliament the list of ministers and the governance program earlier this week. According to media sources, the new government could have four new ministries, including one for tourism and another one for SMEs and entrepreneurship.