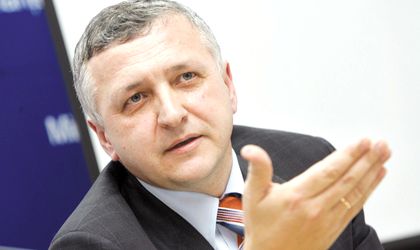 The president of tax administration agency ANAF, Gelu Diaconu, said he will not step down, after the National Anticorruption Directorate (DNA) started to prosecute him in a case involving EU funds fraud.

The minister of finance, Anca Dragu, had asked for his resignation, claiming that the management of ANAF “mustn’t raise any suspicion”. Dragu had also called for the resignation of ANAF vice-president Mihai Gogancea-Vatasoiu, who is prosecuted in the same case.

Diaconu said in a statement that he wants to be fired so that “when the case is completed somebody will have to assume the consequences of this measure”.

The public official added that the ANAF is in the middle of a “critical period of its existence”, and that over 70 percent of the fiscal relaxation and macro budgetary stability of the state has been achieved through ANAF’s efforts.

The DNA say the ANAF head and vice-president issued two orders exempting the payment of healthcare contributions by people that were fictitiously employed by the Association Partida Romilor Pro Europa, an organization working to integrate Roma people on the local labor market. This association had received public funds to employ people using civil conventions.

PM Dacian Ciolos said today that he has talked with Diaconu and that his situation will be “clarified” today.

Diaconu has described the investigation in this case as “kafkaesque”.