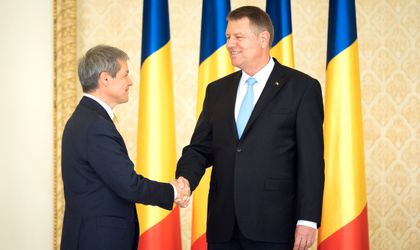 Prime minister Dan Ciolos said he “regretted” the actions on the fiscal administration ANAF on the eviction of five TV channels founded by Dan Voiculescu from the buildings that were seized by authorities following a court decision.

The ANAF had asked the Intact media trust to evict the buildings by the end of this week. Mihai Gadea, the CEO of TV news station Antena 3, said it was not possible to move all the equipment in just five days, adding the broadcasting of the station could be put at risk.

Ciolos stated in a Facebook post that ANAF’s intervention could be interpreted as an “intimidation”, adding that he asked the institution to “enforce the law without using such practices, which risk to discredit the image of the institution that is working for the people”. The head of the government further stated that the purpose of law enforcement is not to close down the firms, but solve the legal problem, which in the case of Intact is the recovery of the building by the state.

On Wednesday, the PM went to the Senate to hold a speech on the ANAF-Intact case, following an invitation he received from MPs.

In a separate statement, president Klaus Iohannis stated the approach of the tax agency was “unfit, if not questionable”.

The head of state added that the free speech of the media “can’t be suppressed due to trivial administrative reasons”.

Iohannis stated that he had talks with decision makers and that “convenient” solutions could be found in this case.

Dan Voiculescu received a 10-year prison sentence in August 2014 in a case regarding the fraudulent privatization of the Institute for Food Research (ICA). He was accused of money laundering. The prosecutors have computed a EUR 60 million loss for the state from this transaction, so the assets belonging to the mogul and his family have been seized as the state is trying to recover this amount.