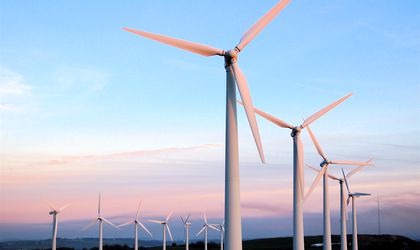 The electricity output from wind farms has constantly grown in Romania starting 2013, on the back of massive investments.

For biomass, total production amounted to 0.5 GWh last year, slightly above the level registered in the previous year.

Meanwhile, the production from solar installations jumped from 0.4 GWh to 2 GWh in 2015.

According to the ministry, wind held a share of 11 percent of Romania’s total electricity production, while biomass and solar had 1 percent and 3 percent, respectively.

The biggest share of electricity came from coal (28 percent), hydro and hydrocarbons had 25 percent and 14 percent, respectively.

The local renewable sector has attracted around EUR 8 billion worth of investments, while losses have amounted to EUR 1 billion to date, according to estimates by law firm Wolf Theiss.

The investors were attracted by a generous support scheme that was cut by the government due to spiraling energy costs for companies and individuals.

The renewable producers generate their revenue from the sale of electricity and green certificates. However, at present, the large energy consumers have been granted exemptions of up to 85 percent out of the green certificates’ acqusition quota.