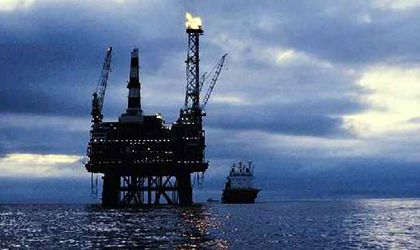 With the current oil and gas reserves set to be depleted in the coming decades, Romania is looking to attract big oil majors that could unearth new deposits. However, this could prove to be challenging given the tumbling oil prices, which fell below USD 30 per barrel at the start of 2016.

At present, the Ministry of Energy led by Victor Grigorescu is working on a new energy strategy for the 2016-2035 period. The government is looking to update the figures from a draft strategy published in 2014.
That document stated the energy sector needs around EUR 100 billion worth of investments by 2035. This money would be used for the construction of new production and distribution networks, as well for the overhaul of current energy-producing assets.

The draft strategy published two years ago stated that current oil reserves could be consumed in 23 years. For gas, reserves are set to be depleted in 14 years. The government has acknowledged that most of the proven oil reserves are located in onshore deposits, while just 4 percent are offshore.

With the country already grappling with falling production, oil majors have to take riskier investments to find new deposits. Specialists have warned that in a low oil price environment, new projects could be abandoned. Some oil majors have ventured into the Black Sea in search of new oil and gas re-sources, with several companies announcing initial discoveries of deposits, although it is still too early to say if they will be commercially viable.

Russia’s Lukoil, US-based PanAtlantic and Romgaz had all announced in the last quarter of 2015 that they found a Romanian gas deposit offshore. The initial estimates put the discovery at over 30 billion
bcm of gas, roughly enough to cover Romania’s domestic consumption for three years. More than three years earlier a consortium comprising of OMV Petrom and ExxonMobil said they had found a gas deposit of around 42 to 84 bcm in the Black Sea . The companies aim to invest up to USD 1 billion in offshore explorations.

The last time Romania put up oil fields for tender concessions was in 2010. Since then investors have been waiting for the 11th bidding round, but nothing has happened in so far, although the National Agency for Mineral Resources, which is tasked with organizing the tender, had announced in early 2015 that new fields would be brought on the market .

At present, there are 463 concession agreements in Romania, according to data published by the Romanian Petroleum Exploration and Production Companies Association (ROPEPCA). Most of the perimeters are operated by Austria’s OMV Petrom and stateowned gas producer Romgaz. The state tendered 30 perimeters five years ago and Hungary’s MOL, US-based Chevron and Russia’s Lukoil were able to secure exploration and exploitation licenses for 20 fields. In the meantime, the government is looking Romania seeking new oil and gas investments.

With the current oil and gas reserves set to be depleted in the coming decades, Romania is looking to attract big oil majors that could unearth new deposits. However, this could prove to be challenging given the tumbling oil prices, which fell below USD 30 per barrel at the start of 2016.

You can read more in BR’s exclusive Invest in Romania Guide.