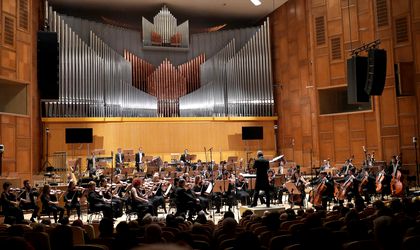 The National Radio Orchestra will celebrate with an anniversary concert dedicated to the 150th anniversary of the birth of German composer Richard Strauss. For Strauss fans,  the event will present an impressive work by the German composer, the symphonic poem “So sprach Zarathustra”, inspired by the philosophical treaty of Friedrich Nietzsche, which grants a unique approach to the problem of the divinity, including the famous words “God has died.”

The concert will be conducted by Tiberiu Soare, and the programme also includes the overture “Roman Carnival” by Hector Berlioz and “Concerto no. 1 for piano and orchestra” by Franz Liszt.

The event takes place on Friday, March 20, from 19.00. Tickets are available on www.bilete.ro, in the offices of the Romanian Postal Company, at the Inmedio shops labeled Bilete.ro, in the Germanos retail chain and at the Radio Hall box office.