Rescue operation at Colectiv Club was ‘below average’, says government report | What were the key issues 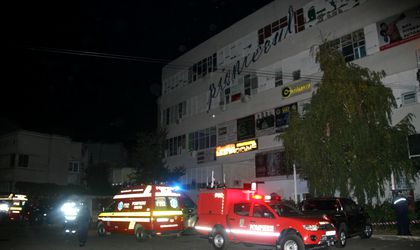 The government’s control body has put out a report on the intervention of authorities during the fire in Bucharest’s nightclub Colectiv, last October, which killed 64 people.

The reports mentions a series a problems facing the emergency system in Romania, ranging from lack of staff and training to poor coordination between public institutions active in this area.

For instance, the government specialists said the overall rescue operation was uncoordinated, marked by improvisations.

In addition, the Red Plan, for major emergency situations, was triggered late and the Emergency Institute Body (ISU) did not ask for the help of private ambulances, although two such vehicles had wanted to reach the fire.

Moreover, the report points out that Dr. Raed Arafat, the head of the Department for Emergency Situations, did not opt for the set-up of a mobile hospital, near the club engulfed in flames. The people that were hurt in the blaze were treated on the pavement.

Authorities had claimed that it would have taken too long, around 18 minutes, for such a hospital to be set up.

Furthermore, the report shows that some of the emergency staff panicked and starting communicating information to their dispatch in a chaotic manner.

On the other hand, there were serious issues with the public ambulance service in Bucharest, which is already understaffed and uses cars so old they should be pulled out of traffic.

In the case of the Colectiv fire, Romania could have asked for help under the EU Civil Protection Mechanism, but this did not happen. This is an option that can be used by member states that are dealing with natural or man-made disasters.

The government also found issues in hospital, regarding the reporting on the number of patients and infections they got in the medical units.

Overall, the intervention during the fire was “below average”, according to the government’s assessment.