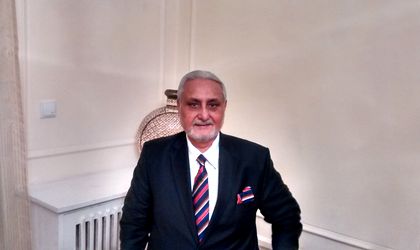 Indian businessman A.S. Bindra is looking to develop a greenfield project in the poultry sector, which has a price tag of around USD 200 million.

In an exclusive interview that Business Review magazine will publish next week, Bindra says he is looking to buy or lease up to 2,500 hectares of farmland.

The overall investment will generate around 1,000 jobs in Braila, eastern Romania, which is an area where employment opportunities are scarce.

“The investment, with the land and everything, will come to USD 200 million. The farm land will cost us about USD 60 million, because there will be some percentage of land we will buy and a certain percentage we will lease,” he added.

“Along with that, we are going to set up the broiler poultry production, which will produce 30 to 40 million broilers annually. It will have a slaughter house, all the laboratories, it will be the state of art,” said Bindra, adding that around 70 percent of the production will be exported to Europe and the Middle East, while the rest will be sold locally.

Bindra is the chairman of the IBS Group. He is specialized in the agriculture field and has been involved in business for over 40 years.