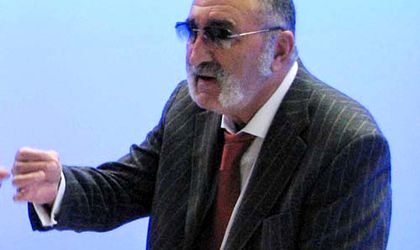 Romanian businessman Ion Tiriac says he doesn’t have any accounts in Panama and that his companies pay taxes in the countries they operate in.

Tiriac’s reactions comes on after his name appeared in the Panama Papers offshore tax scandal. Journalists at Rise Project said that Tiriac had all his fortunes placed in a private foundation in the Central America nation.

“I don’t have any accounts in Panama, my accounts are in Europe. In Panama I have a foundation, which can’t be attacked by anyone. I have seven people in the management of this foundation. I think I like London more now. Everyone pays their taxes where they make the money. The holding doesn’t make money. The profit has to be declared,” said Tiriac in an interview for Realitatea TV channel in Bucharest.

The businessman added that he first got a recommendation to start a holding in Panama some 50 years ago, because it is legal.

Tiriac went even further to say that Romania is now becoming attractive from a fiscal perspective.

Tiriac’s net worth stands at USD 1.1 billion, according to forbes.com

Romania’s tax authority ANAF said it had created a special team to cross check information about individuals and companies from Romania with the data leaked from Panama-based Mossack Fonseca law firm.

MPs from the financial committee in the Chamber of Deputies have scheduled a hearing for next week on PanamaPapers. The heads of ANAF and the anti-money laundering departments have been invited to talk about the potential implication of Romania in this scandal. MPs want to know if money was transferred illegally from Romania into tax heavens.

Over 100 Romanian names appear in the Panama Papers, according to journalists at Rise Project, who got data from the leak.