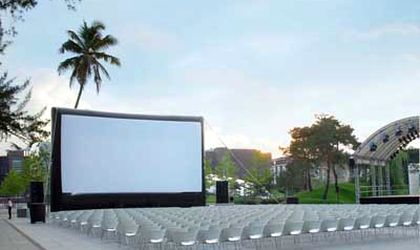 Between July 10 and September 16, the cultural association Metropolis invites the public to enjoy open air cinema films on the biggest inflatable screen of Romania. The screen has no less that 120 sqm and a projector of 17.000 lumens. The screenings will take place in seven Romanian towns, on a mobile cinema caravan.

More information about this event here.