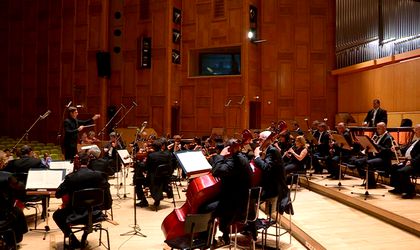 Haendel, Mozart, Weber, Beethoven and Schubert will open this year’s concert season at Sala Radio. With them, the itinerary starts from Baroque, traveling through the Classic and ending with the Romantic period. The program will consist of the Concerto in F major for bassoon and orchestra op. 75 – C. M. Weber, Aria “Furibondo spira il vento” from „Partenope” – G. Fr. Haendel, Aria “Ah perfido!” – L. van Beethoven, Aria Donna Elvira “In quali eccessi…/Mi tradi…” from “Don Giovanni” – W. A. Mozart and Symphony no. 3 in D Major – F. Schubert. The concert will be conducted by Cristian Brancusi in the interpretation of Ionut Rosca, bassoonist, and Oana Andra, mezzo-soprano of the Bucharest National Opera. The performance will take place on January 16, starting 19.00.

For those who prefer Italian composers to German and Austrian ones, Sala Radio offers Vivaldi’s “The Seasons” and Cherubini’s Symphony in D major. For this concert, the music will be conducted by Tiberiu Oprea, prim-conductor of the Pitesti Philharmonic, accompanied by violinist Cristina Anghelescu. The performance will be staged on January 30, starting 19.00.

Tickets can be bought from Sala Radio’s box office, www.bilete.ro and from Post Offices marked with the sign Bilete.ro.