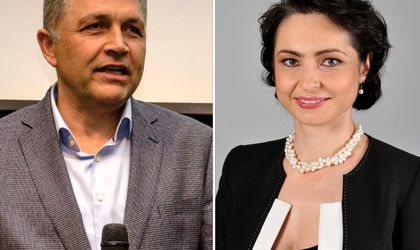 Marius Persinaru was appointed Schneider Electric Romania country president, taking over the position from Florentina Totth who became the segment and strategic clients vice president for European operations, according to a company press release.

With over twelve years’ experience in the IT&C industry and experience in sales, marketing and general management, Totth has been part of the Schneider Electric Romania management since 2010, time during which she has successfully led several of the company’s divisions, including IT, Power Solutions, Buildings, Energy and Services.

The new country president, Marius Persinaru, has joined the Schneider Electric team after a 17-year career with Xerox, time during which he held several leadership positions both at the national and international level.

Persinaru joined the Xerox Romania team in 1998, as logistics director and after that operations director, being named country president for Romania and the Republic of Moldova in 2004. After that he held the positions of vice-president for the East operations of the Xerox group (2009-2010) and chief commercial officer GM Technology & Services for Central and East Europe, Israel and Turkey (2012-2014).

Before joining the Xerox group, Persinaru was an engineer with Energomontaj (1988-1991) and logistics director at Arexim (1991-1998). He is a graduate of the Hydropower Engineering Faculty within the Bucharest Polytechnic Institute.