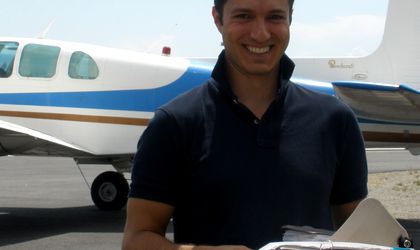 The government has appointed Manuel Costescu, an investment banker at JP Morgan, as state secretary in charge of the Department for Foreign Investments and Public-Private Partnerships (DPIIS), according to a decision published on Monday in the Official Gazette.

At JP Morgan, Costescu covered European public sector institutions. Previously he has worked in the consultancy business, for McKinsey in New York and for The Brattle Group, an energy consultancy.

The new secretary of state holds an MBA from the Sloan School of Management at the Massachusetts Institute of Technology, master’s degree from the Kennedy School of Government within Harvard University. He also holds a diploma in economy from the Brandeis University in Massachusetts, according to local press reports.

Costescu is replacing Alexandru Nastase, who was discharged on January 15, following a decision of PM Dacian Ciolos.

The DPIIS is tasked with the coordination of the government’s national program for the attraction of foreign investors and the development of PPP projects.