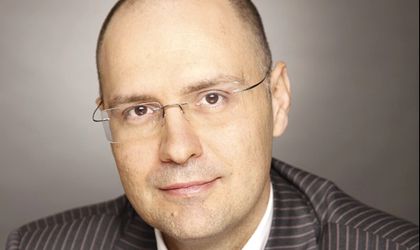 For Daniel Anghel, who became coordinator of the Coalition for Romania’s Development starting this year, one of the priorities is to make sure our country continues to increase its attractiveness for investors.

Predictability, the need for impact studies and continuous dialogue between the state and the private sector are some of the keywords he constantly used during an interview with Business Review.

Private sector using one voice in talks with government

“We enrolled in the Coalition only professional associations or those that don’t have a sectorial interest. (…) We are not a lobbying platform, we are a platform to develop transparent business principles and predictability in Romania,” stated Anghel, who has a six month mandate at the helm of the association. Our objective is to ensure a coherent consultation platform with the Government and other public institutions on themes that have an impact on the business climate in Romania.

He stated that one of his priorities is to expand the Coalition as much as possible and some of his efforts are already starting to bear fruition. Thus, the French and German Chambers of Commerce in Romania have decided to join the Steering Committee of the association. Aside from the latest two entries, this committee includes Romanian Business Leaders, AmCham Romania, Foreign Investors Council (FIC) and the Association of Romanian Businesspersons (AOAR).

At present, the organization has 44 members associations and approximately 400 members working on a voluntarily basis, practically making it the strongest voice of the private sector in the country. The Coalition is led by a steering committee, which has monthly meetings. Moreover, the organization has 14 task forces, which focus on the most important areas impacting business such as labour, tax policy, , infrastructure, energy, education, agriculture, entrepreneurship, IT&C, etc

Asked if the Coalition is not acting somewhat as a shadow government, Anghel stated: “Not, not at all. We are here to sustain the business environment objectives. We have a number of task forces that are bringing ideas, debating and discussing   with the government a number of priorities for Romania.”

Talking about the priorities of the government led by Dacian Ciolos, Anghel says that some of them are shared by the business community, such as the reduction of red tape, macroeconomic stability, better collection of taxes and reduction of tax evasion.

Getting directly into a discussion about policy, Anghel suggested the planned hike in minimum wage by 19 percent this May should have been accompanied by an impact study.

He said the study needs to be done in order to see if the hike in minimum wage will impact economic growth or the country’s competitiveness.

“This increase in minimum wage is putting pressure on the labor costs in the private sector, especially in labor intensive industries like textiles, industrial manufacturing, construction etc.,” stated Anghel.

Although the Ministry of Finance had initially announced that the increase in minimum wage would be done after an impact study was finished, Anghel said he didn’t have any information about the existence of such an assessment from the government side.

He added the impact study was important because at a point in time this increase “might also be an inhibitor for job creation in Romania, especially for unexperienced workers or young people.”

Moving on to the state of the economy, the current head of the Coalition acknowledges that economic growth has accelerated in the past years, but we shouldn’t compare to what happened in the booming years of 2007-2008.

He mentions that the growth rate of around 4 percent estimated for this year, is roughly half of what we had in 2008, just before the start of the economic crisis.

“Of course, Romania is one of the member states with the highest economic growth rates, and we hope that 2016 will not disappoint from this perspective, with a 4 percent increase,” said Anghel, adding that the gains in exports and consumer confidence have helped the economy.

Already, foreign direct investments have accelerated by 25 percent to around EUR 3 billion in 2015 against the previous year.

However, the head of the Coalition points out that there are external risks that could threaten the country’s growth trend.

“We need to understand the external factors, like what might happen with the Brexit, if the European Union might be affected by a potential exit of the UK and the potential threat to us as an emerging market,” said Anghel.

BR asked Anghel what he thinks of the appointment of Dragos Doros, a former director at professional services firm KPMG, as the new head of the tax administration agency ANAF.

“Dragos is a reputable tax professional, and he has both public and private sector experience, because he also worked in the past for the Ministry of Finance,” said Anghel.

“I do believe that he can come with good initiatives. We worked together with him and many other colleagues in rewriting the new fiscal code.”

Anghel hopes that Doros will be able to cut red tape, and for instance, simplify the registration declaration and reporting requirements for VAT purposes, as he promised. Also, a modernized ANAF implies improved auditing techniques such as specialized audit teams, training of the tax inspectors, e-audit as well as an accurate tax payer registry such as to promote higher levels of voluntary compliance by highlighting the government’s efforts in maintaining high ethical standards and thereby improving service levels.

“They also need to work on quick wins rather than long-term initiatives as time might not be in their favour,” said Anghel, due to the current technocratic government short term mandate. .

Right off the bat, the coordinator of the Coalition mentioned declaration 088 as one of the main issues faced by companies in Romania. Investors are complaining that this procedure for VAT registration of companies is cumbersome.

“So, what we suggest is to make the declaration simpler, having more relevant information for the VAT registration process itself.  Asking information related to shareholders, administrators, university diplomas (…) should not be necessarily relevant from a VAT perspective.”

He added that within the EU the VAT registration process became more difficult due to the missing trader fraud. However, as in most of the countries, Romania needs to simplify this declaration and make it mandatory only for companies that are in the process of being registered for VAT purposes.

Anghel added that Romania should look more carefully at best practices in  other EU countries  in terms of reducing VAT missing trader fraud and understand what are the most successful legislative and institutional measures adopted to tackle tax evasion and increase tax collection. For instance modern measures implemented by other countries are always relying on IT infrastructure such as the tax inspectors find out in real time information about companies Romania’s ANAF is currently trying to build a similar IT system with the World Bank, which has provided close to USD 100 million in financing. However, this is a rather long-term initiative that could be concluded in 2019. Under the loan deal, ANAF will restructure its operations, train its staff and try to convince more individuals and companies to pay their taxes on time.

He said Romania is also lagging behind of the VAT it should be collecting, missing around EUR 40% of the VAT that is entitled to, Romania being the last Member State in VAT collection in 2015.

The collection rate is also remaining below potential on social contributions, despite the 5 percent reduction for employers at the end of 2014.

„I believe that for instance putting a reasonable cap on the social contributions might be an important measure, because right now we only have such a cap for pension contributions, but not for the health contributions.”

However, Anghel acknowledged that the state has made some progress in increasing tax collection, mentioning the envisaged implementation of the online   cash registers to ANAF infrastructure, the fiscal lottery and the law for capping cash payments.

The situation in both conventional and renewable energy is not looking too bright at this moment. With falling oil prices, companies are already starting to put new projects on hold globally in an industry that is capital intensive.

For Romania, whose oil and gas industry is already facing some technical challenges on its own, this could mean more bad news going down the road.

Let’s take for instance the onshore production for oil and gas. Anghel says that companies are already struggling to find viable deposits.

„We have oil fields that are mature and the oil output per well is very small. In order to increase this output, important investments have to be made.  Increasing the recovery rate for Romanian onshore fields, of course requires those investments and any additional burden means that those investments will not be economically viable,” stated the official of the Coalition.

His cautionary comments come on the back of the government’s intention to change the royalties scheme for oil and gas. The last changes were made in 2004.

Anghel suggested the state should take into consideration the risks of companies venturing to find resources in difficult places, such as the Black Sea.

„That new scheme has to encourage the upstream sector.”

Asked if companies are still willing to invest in Romanian oil and gas, given the low price environment, Anghel stated:

„I see more activity on the M&A in this sector due to the oil price; there are a number of smaller players which no longer have financing resources and they are looking to work with other bigger investors.”

On renewables, the situation is getting even trickier. An estimated EUR 8 billion has been poured in the local sectors, on the back of a generous support scheme that saw investors come in droves into the country.

At the moment, companies don’t know whether they will actually recover their investments. Lawyers at Wolf Theiss had recently estimated that the renewable investors have already lost EUR 1 billion.

“The renewable sector is dependent on three factors: the government policies and the level of subsidies, the price of other competing sources, in particular natural gas, and the development of newer and more cost-effective renewable technologies.

The government subsidies scheme has been cut and the price of competing energy sources is decreasing, so producers have been impacted,” said Anghel.

The Coalition head explained that the renewable sector is a typical example in which the rules have been changed during the game so the sector has largely lost its attractiveness for new investors.

Romania could risk an EU infringement over passing to pay law

With the passing to pay draft bill expecting to receive a final vote in Parliament, Anghel points out this law should follow EU legislation that is already available in this field.

„In case the law is not respecting a EU Directive that has to be transposed into Romanian local legislation in the spirit and the sense of the Directive, then we might have an infringement”, said Anghel.

In the end if this would become true, this would be the equivalent of a fine that the state will have to pay from public funds.

What makes the bill so controversial among bankers is that, should it be passed into law, it would give debtors the upper hand by enabling them to discharge their mortgage-backed debts by transferring the property to the bank.

Anghel said that the retroactivity of this bill is not included in the EU directive and that it might be challenged at a later stage in Court.