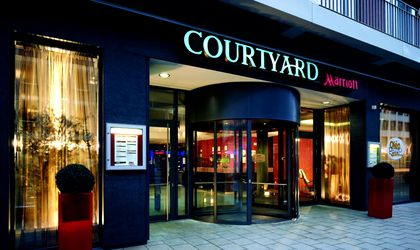 Gica Popescu Hotels, a company of former Romanian football player Gica Popescu, closed a deal with Marriott International for the construction, development and management of the first Courtyard Marriott hotel in Romania. The four-star hotel, which will be located in Bucharest, will be the result of a EUR 20 million investment.

The hotel will have 146 rooms, four conference halls, a spa, as well as retail spaces. Construction works are expected to start in July of this year and end after 18 months. “We already have a success story in Romania with JW Marriott Bucharest Grand Hotel and I am sure we can repeat it with the new Courtayrd Marriott,” said John Litzenberger, VP of Marriott International Lodging Development Europe.

“I am pleased that after long negotiations the Marriott International management thought that this new Marriott project in Romania is opportune and has a future,” said Gheorghe Popescu, president of Gica Popescu Hotels.