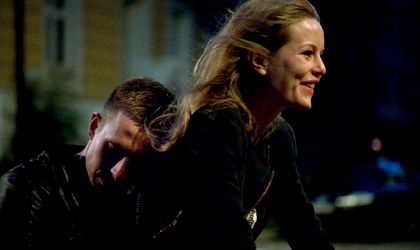 Choose life. Choose a job. Choose a career. Choose a family. Or choose drifting around Oslo, drinking coffee in tasteful cafes, discussing the alienation of modern life with your friends and having meaningless sexual encounters.

Protagonist Anders chooses the latter in this Norwegian post-Trainspotting study of middle-class drug addiction – though with none of the jokes and excesses of the iconic Scottish film. It opens with a montage of shots of Oslo, accompanied by voiceovers of adults sharing childhood memories and impressions. This nostalgia sets a melancholic tone that characterizes the film.

The story follows Anders (Anders Danielsen Lie), a thirty-something recovering junkie. On the surface, things are looking up: Anders is clean, close to finishing rehab and even has a job interview at a magazine, for which he may leave the rehab facility for the day.

But the horrors of addiction (none of which are depicted here) have been replaced by numbness and disaffection. Sober, Anders is cut off from everything and cannot engage with the world. In this state he meanders through the city, an early suicide attempt and a flirtation with a pretty student no more affecting than the witterings of strangers.

Filmmaker Joachim Trier observes from a distance, without judging. The movie doesn’t condemn or glamorize drugs, making it a different animal from more shocking addiction films such as Requiem for a Dream. Nor does it seek to explain why Anders is where he is: his comfortable background is not suggestive of traumatic experiences. Trier seems more interested in the modern condition. No, Anders isn’t “happy”. But his old party pal Thomas (Hans Olav Brenner), now married with children and a successful career, doesn’t seem much happier with his own lot, confessing his ennui to his friend.

Is this just another day in the desperate life of an addict? Or is this Anders’s last day, a half-hearted attempt to tie up loose ends before he checks out? We don’t know; nor, it appears, does he (why bother with a job interview if you’re set on killing yourself?). But the contrast between Anders’ lonely hopelessness and the clean and pretty depiction of Oslo adds to the haunting nature of this mature and somber film.