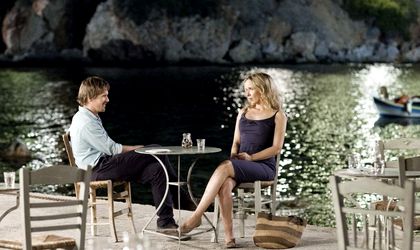 It’s already been voted the top film of 2013 (so far) by the US Film Linc Daily, which surveyed “critics, programmers and bloggers for a snap poll of the best movie to hit theaters so far this year”. What makes this “talky romantic drama” so popular with both the critics’ leagues and the American public is the idea of continuity, the fact that it is part of a trilogy that follows the destiny of a modern couple incarnated by Julie Delpy and Ethan Hawke, and written by an artistically successful trio made up of the two actors and the director Richard Linklater. This makes it, in the opinion of MUBI editor Adam Cook, “one of cinema’s most unique and best trilogies”.

Is the same true for the European audience? I would say a clear “yes”, leaving aside all the exaggeration and inflammatory statements of the American critics, such as “the most brilliant examination of the fraught relationship between men and women since Ingmar Bergman’s Scenes from a Marriage,” (veteran journalist Anne Thompson, founder of Thompson On Hollywood).

As far as I am concerned, the added value of this part of the trilogy lies in the decision to insert in the one-take-movie-long conversation between the two characters (Celine and Jesse) different philosophical perspectives on love and time, depending on age and spiritual growth, given by the couple’s friends at an open-air dinner during their Greek vacation. Who converses on these topics nowadays, especially in the movies? It is a welcome counter-point to the verbal duel of the two protagonists, now caught in a new and interesting moment of their relationship – married with children, at the beginning of a new stage of their love.

Richard Linklater’s underlying theme of the trilogy is how time affects a couple’s dynamics and the individual perspective on aging alone or as part of a pair. The surface story takes the audience on a long and winding road of different topics, ranging from the absentee father’s guilt to the constant struggle of the modern woman, torn between career and family. This continuous slalom of ideas means the first half of the movie could be boring in places (especially for the male half of the audience).

The real conflict between the pair starts to coagulate only in the final third of the film, when the verbal duel changes into dramatic conflict, once the background situation is in the spotlight. Celine’s interest in continuing her career in Europe clashes with Jesse’s wish to move to the US, so he does not miss his son’s formative years. Harsh words are said, sarcastic accusations are made, communication gets interrupted. Yet, all’s well that ends well! A clever letter written by Jesse (who is a writer) on behalf of the 80-year-old Celine to today’s 40-year-old Celine has the wondrous effect of calming the storm. The time theme shows up again, at a different level of the dramatic action, in the form of the letter as the “deus ex machine” device.

“Time is a gentle God,” said Sophocles. This could be my alternative title for Before Midnight, a film that women will certainly enjoy a lot.