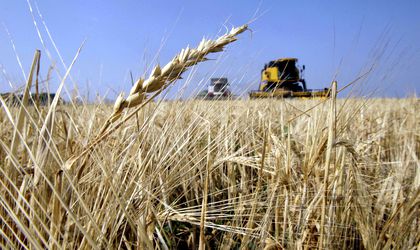 Buying agricultural inputs can be on average 25 percent cheaper for farmers who are part of agricultural cooperatives and producers’ organizations, who also have greater negotiating power when selling their crops. The number of such associations is expected to grow in the future, helping farmers cope better with issues such as price volatility and climate change.

This year’s drought, the effects of which were worsened by a lack of proper irrigation, left Romania with losses from 25 percent for wheat to 60 percent for corn crops, according to official data. Other countries, too, were affected by the crushing heat wave, leading to a surge in local and international prices for the major cereals as well as other produce.

This was good news for farmers, who managed to recover some of the losses from higher prices, but overall the impact of price volatility remains onerous.

In the future farmers in Europe and worldwide will face at least two challenges that agricultural policies, including the EU’s Common Agricultural Policy (CAP), will have to find solutions for – climate change and price volatility on global markets, especially for goods such as cereals, said Dacian Ciolos, the European Commissioner for Agriculture and Rural Development, at a recent seminar organized by the Romanian Ministry of Agriculture.

“In the agricultural economy everyone knows that for farmers’ durable development of their business, it is not getting the highest price that matters but getting a stable price,” said Ciolos. It helps farmers very little if they can sell their crops at record prices for a year or two if for the next three or four year prices collapse, he explained.

“This makes it very hard to plan one’s business or get support from the banking system and it also generates market disturbances. CAP’s objective remains to ensure some stability both when it comes to farmers’ income and market prices, as these two aspects are in fact connected,” the commissioner went on.

In order to address this issue over the coming years, the EU will continue to directly support its farmers through subsidies. These direct payments are not linked to production in order to let the market dictate the farms’ production structure. For farmers to understand and foresee demand on the medium and long term and adjust their production there is a need for accurate information, which isn’t always provided by the way goods are being traded at present. Transparency can be increased through international cooperation and the future CAP will feature risk management mechanisms. However, in addition to what authorities and international organizations can do, there is a need for farmers themselves to step in, insisted Ciolos.

The role of producers’ organizations in helping stabilize the market is expected to grow and the future CAP for 2014-2020 will encourage such associations even further, said Ciolos.

The commissioner has often stressed the need for Romanian farmers to form such organizations in order to better harness market opportunities and the support offered by CAP.

Present at the same seminar, Raimund Jehle, general secretary to the Food Agriculture Organization (FAO) European Regional Conference, stressed that agricultural cooperatives and producers’ organizations are in a position to support food security and cope with price instability and climate change.

‘When we talk about price instability, strong producers’ organizations have been able to overcome market and policy constraints by providing their members with access to a range of assets and services. They contribute to reduced costs and better retail prices for their member farmers and help implement new technologies which are needed in the context of climate change. They also make it possible for members to voice their concerns and interests and play a role in decision making,” he added.

Lack of legal clarity and fiscal incentives, as well as a general reticence concerning cooperative forms rooted in the communist period, have so far prevented local farmers from creating and joining such associations.

“Each farmer works his own land but we have joint management. This covers two main activities – all inputs are purchased through the cooperative and we also sell together the goods we produce,” he explained.

The membership fee is RON 2,000 per year (approximately EUR 445). The cooperative also cashes in 2.5 percent of the value of inputs. This has enabled the setting up of a headquarters for the organization and the hiring of a manager who is responsible for the relations between cooperative members and distributors and potential buyers, as well as other internal affairs.

Each year the farmers agree upon the inputs they require for their activities and tenders are then organized. “We organize several tenders throughout the year. The distributor who offers the best price wins the contract. By handling things this way we manage to get average discounts of roughly 25 percent from the price list,” said Cosma.

This is especially valuable for small farmers for whom relations with distributors otherwise boil down to a “take it or leave it” approach.

Members of the cooperative are responsible for their own land but selling the crops is handled through the cooperative, thus enabling them to negotiate better prices.

In the future Cosma hopes the farmers will take the cooperative a step further by planning joint investments, but he agrees that so far this has proved a problem of mentality. Until then, the members of the Vlasca 2008 cooperative are making their own investments in upgrading their farms and making efforts to buy the land they use under lease agreements in order to be able to invest in irrigation systems.