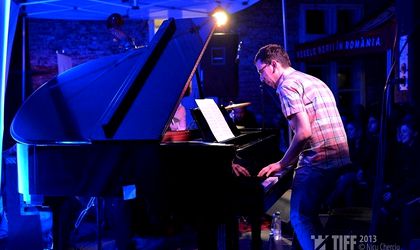 Israeli pianist Omer Klein – dubbed by the media one of the most exciting and original musicians on the international scene – will perform an eclectic jazz show for a Bucharest audience.

Born in Israel in 1982, he began playing and composing music at the age of seven. As a teenager, Klein studied jazz at the famous Thelma Yellin High School of the Arts, and gave his first concert at 16. In 2005, he moved to the US, where he attended the prestigious New England Conservatory and was tutored by Grammy-winning pianist Danilo Perez.

Klein later moved to New York, where he has played the Blue Note and Carnegie Hall, among other venues. He has released four CDs to great acclaim: Duet (2007), Introducing Omer Klein (2008), the solo piano album Heart Beats (2009) and Rockets on the Balcony (2010), his first release on John Zorn’s celebrated record label, Tzadik.

The winner of numerous awards, including first prize at the Jazz Hoeilaart International Competition in Belgium, in 2011 Klein wrote the music for the play Lemon Tree, which was performed at the Schauspielhaus Theater in Düsseldorf.

Tickets cost from RON 15.90 to RON 35 and can be bought online from bilete.arcub.ro and www.bilete.ro, as well as branches of Posta Romana (the Romanian Post), Inmedia and Germanos stores and Green Hours.