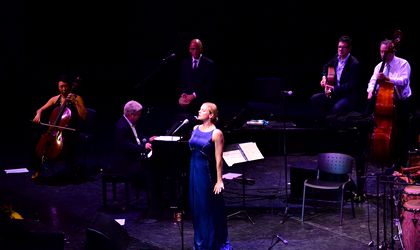 The English band Hurts return to Romania for their third visit, presenting their latest album, Exile. Hurts are a synthpop duo from Manchester, composed of vocalist Theo Hutchcraft and synth and guitar player Adam Anderson, who began performing in this line-up in 2009. The band collaborated with Kylie Minogue on their debut album, on a song entitled Devotion.

Heaven is a Place on Earth will get its debut live airing in Bucharest, when 80s legend Belinda Carlisle performs her first Romanian show. The American singer, who gained worldwide fame as the lead vocalist of successful all-female band the Go-Go’s, will entertain the public with her smash hits La Luna, Circle in the Sand, Mad About You, I Get Weak, Summer Rain and Leave a Light On.

Legendary crooner Julio Iglesias will come to Romania for the twelfth time to perform two concerts. Classic hits Baila Morena, Guantanamera, La Carretara, El Amor and Aqua dulce, aqua sala are sure to go down well with the iconic Spaniard’s legions of fans. In his 40-year career, the singer has sold over 300 million records around the world in 14 languages and released 77 albums.