Diamond Jubilee to be celebrated in Bucharest with car parade 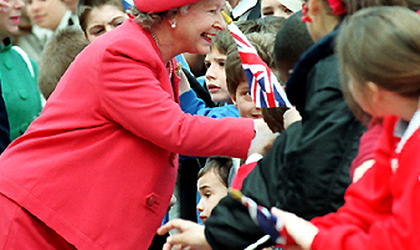 The British Embassy in Bucharest has decided to mark the Diamond Jubilee, which was officially marked the previous weekend, with a parade of British sport cars to celebrate the UK’s rich heritage and modern strengths. The event will take place on June 11, starting hour 10.30 from Piata Presei Libere.

The car parade will include Lotus, Jaguar and Mini cars, as well as a British bus. Beatles music played by a fanfare will accompany the parade. The route of the parade will be Piata Presei Libere, the Arch of Triumph, Kiseleff Blvd., Victoria Square, United Nations Square, with the last stop at the Parliament Palace.

The Diamond Jubilee is the celebration held to mark the 60th anniversary of the British monarch reign. Queen Elizabeth II came to the throne on 6 February 1952 and her coronation took place on 2 June 1953.

The Central Weekend to celebrate The Queen’s Diamond Jubilee took place from Saturday 2 June to Tuesday 5 June 2012, with celebratory activities throughout theUK, across the Commonwealth and beyond.