Colectiv: a tragedy that sums up the two sides of Romania 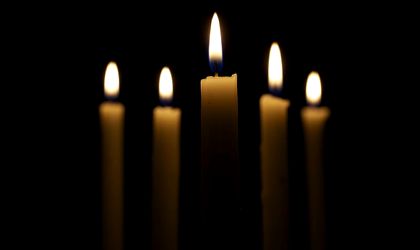 Tragedies like the Colectiv fire seem beyond the remit of words. Words are inadequate to describe the pain, loss, horror and senselessness of such a catastrophe. While all our lives are touched by hurt, fear and bereavement, the circumstances of the October 30 nightclub fire are, fortunately, beyond the experience and imagining of most of us.

And yet unless we are medics or first responders, aside from donating blood, money or professional services, marching or laying flowers, words are really all we have; hence the outpouring of tribute, comment, sorrow and anger across social and traditional media.

The tragedy has shown both the good and bad sides of Romania. This is a culture that cuts corners, that bends the rules – as the “corruption kills” slogan being widely shared attests to. A backhander here or there to circumvent the legislation; widespread acceptance of laws being flouted.

Given the terrible state of many of Bucharest’s nightclubs and music venues, we should be shocked not that this has happened now, but that it didn’t happen before.

Many of us have drunk and danced in packed basement nightclubs, down narrow staircases with single exits. True, pyrotechnic displays are rare, but the pervasive indoor smoking at most venues presents a risk.

As an expat, perhaps used to a more rigorous health and safety regime for public places, the first few times you might have some misgivings, but it soon becomes normalized. Maybe all of us are a little bit guilty for participating in the corner-cutting culture, by accepting things as they are.

But the worst of times often bring out the best in people. As they did almost one year ago, Romanians are once more queuing for hours and marching – not to vote and protest at electoral malpractice, but to donate blood and show support for the victims of the disaster.

Citizens are taking coffee and snacks to blood donors and relatives; people are mobilizing to hold those responsible to account; club owners are closing dangerous venues or buying extinguishers; businesses are offering their services free of charge to victims and family members; specialist medical teams from abroad are flying to Romania to help.

In honor of those who died and as we will the injured to recover, let’s hope that it’s the latter side of Romania that endures, and that Bucharest can move forward in solidarity and safety.