Business with a tune: How music is shaping non-formal education in Romania 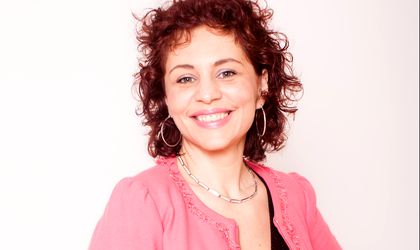 Daniela Toma, program manager of Learn with Music and initiator of Pam Pam project, tells Business Review about the importance of education for children and the challenges her businesses have faced so far on the local market.

How did you enter the Romanian business scene and when?

For eight years I worked as a teacher within The Music Class program in the United States. When I came back to Romania, I thought that there was a need for an interactive program for learning both English and music for children between four months and six years. The Learn with Music program implies learning English with the support of music, movement and play. The educational materials that we use are created by a group of researchers and are designed especially for small kids. The program contains different activities that encourage different type of learning. The direct participation of parents with their child in these courses helps to increase the child’s self-esteem from the childhood phase. At present, the Learn with Music program takes place within private studios in Bucharest and nationwide. Additionally, in many kindergartens and nurseries in Bucharest and other cities, we introduced MusiCanopy, an English music program. As for Pam Pam, another project that we rolled out, it is based on a musical theater group for kids that implies musical education based on an original script.

Why did you decide to launch such a business in Romania?

The idea of starting the project came from my personal experience, having benefited from the American know-how in the field. I also noticed that there were no such initiatives on the Romanian market. Despite the fact that learning English represents a goal in many private and state-owned educational institutions, I think that interactivity is the most important thing when a small child starts to interact with a foreign language. Pam Pam is an ambitious project that I thought about considerably before launching last year. I realized that a theatre piece for kids needs to have an educational part as well. Children learn easier when they are involved in the artistic act.

How much did your previous professional experience help in launching your business?

My previous professional experience helped me very much. I interacted and worked with the Learn with Music program and understood its benefits so that I was able to design it and present it to the trainers. Regardless of the benefits of an educational program, the challenges of an educational franchise in Romania involve an additional effort because of the current economic context. As for the Pam Pam project, my experience as a mother played a significant role.

What was the most difficult moment for your business and how did you manage to surmount it?

Initially, not all of our partners understood what we were suggesting with the Learn with Music program, so for a while we focused on demonstrative activities in kindergartens or studios. We wanted to bring children as close as possible to their parents in this program, in order to see it, participate, feel and be convinced that it brings an added value for the education of their kids. We created a strong team, both in Bucharest and nationwide, that develops the program both in private studios and kindergartens.

If you were to start another business, what would you do differently?

Any business, regardless of its field of activity, has its particular challenges. I don’t think I would change anything, because the Learn with Music franchise posted an organic growth in all of its locations, both in Bucharest and nationwide. I think that this steady increase assured our current success.

What are the main challenges you face in your business now and how do you solve them?

The most relevant non-formal educational Western methods are starting to also emerge in the Romanian educational system, in an attempt to help children learn faster and better. As specialists say, the effects of the non-formal education are long-term ones, as the information is achieved without stress and using a fun method for the child. There are a lot of legal and financial obstacles in Romania in order to bring an international non-formal educational program on the local market. But despite this, parents seek out these programs and are willing to invest in their child’s non-formal education. The human resource remains our biggest challenge but we created constant training courses and a bonus system for teachers so that they will be motivated to stay with us.

Where do you operate now?

The Learn with Music program is operational now in Bucharest, Brasov, Cluj-Napoca, Constanta, Iasi, Ploiesti, Sibiu, Suceava, Targu Mures, Timisoara, Craiova and Botosani. The annual cost of the Learn with Music franchise is EUR 2,500 while the initial investment is EUR 1,000 for the kit of educational tools and materials.

What are your plans?

We intend to open more private studios in Bucharest in the future, in order to cover all the districts of the city. We’re looking for new partners in other cities so that the program can expand to a national level. We also try more and more to enter within the state-owned educational institutions as currently we are more active in the private area.