Ambitious plans ahead for the Romanian telecom 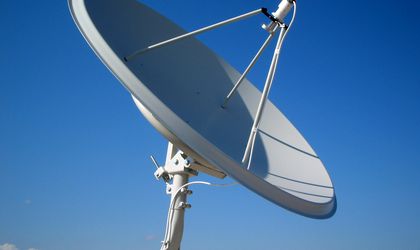 This year will be an eventful one for the Romanian telecom market: two important projects that were delayed for nearly a year, the RO-NET broadband internet backbone deployment and the Telekom Romania privatization, should finally come to completion. Romania must also align to legal measures adopted on the European digital market, such as the axing of the roaming tariffs.

“We expect that new rules adopted at European level concerning the regulation of internet neutrality, but also the elimination of roaming on the single internal market, starting mid-2017, will be beneficial for the development of this sector in Romania,” Catalin Marinescu, president of the telecom watchdog ANCOM, tells BR.

This should translate into the appearance of more and more pan-European services. The roaming cut is estimated to have a major influence, as will the progress of the internet-of-things services. At cross-European level, the benefits included in mobile service packages will reach more and more mass-consumers, argues Marinescu.

He also predicts that the institution he is currently heading will have to tackle issues such as territoriality, jurisdiction, consumer protection and personal data protection in the close future, given that services are currently shifting towards internet-based applications.

One of ANCOM’s priorities for 2016 is to complete the 2020 Digital Communications Strategy, a document that will shape its vision for the telecom sector for the 2016-2020 timeframe, but also defines the priorities and actions that the institution will take over the next five years.

This year, the telecom watchdog will re-evaluate some regulatory measures previously imposed to nurture competition and prevent abusive conduct from operators that yielded significant power on certain relevant markets. Thus, the markets that will come under scrutiny this year are the wholesale market of high-quality fixed internet as well as the wholesale market of fixed and mobile termination services.

On the consumer front, the telecom watchdog will lead campaigns to inform end users about tools developed for their benefit, such as InfoCentru, Veritel.ro, Netograf.ro and portabilitate.ro.

Telecom operators in Romania are expected to go deeper into other industries, other than telecom, such as money transfer services, power distribution, online and audio-visual content or the sale of internet connection devices, according to Marinescu.

He also anticipates that fixed network operators will continue to consolidate their business by acquiring smaller local operators, which may lead to fiercer competition between stronger opponents.

Romania has at the moment one of the most modern fixed broadband backbones, both in the world and in Europe, which is expected to continue over the next few years.

Marinescu tells BR that one of the most important goals this year is to continue to implement the infrastructure law, a project that started two years ago. This year, ANCOM will work on a guide that sets the tariffs for access to public property.

“There is a big gap in Romania’s network coverage, and the Romanian market clearly needs a significant improvement in the legal framework concerning the infrastructure law, in order to cut the costs of the communication networks and facilitate the goals of the Digital Agenda. For this reason, ANCOM hopes that EU Directive 61/2014 will be quickly transposed in the Romanian legislation over the course of this year, so that service users and network operators can feel the first benefits of the new law starting 2017,” says Marinescu.

While densely populated places, like major Romanian cities, benefit from state-of-the-art internet speeds, there are other areas in Romania where broadband internet has not yet penetrated. The RO-NET project is designed to roll out national broadband infrastructure with European money in these “white areas”- 783 towns and villages located in 35 counties. In total, RO-NET should reach 137,000 households and 400,000 people.

While the initial deadline of the project was December 2015, the new deadline was pushed further to the fourth quarter of the year. Thus, the new completion date is October 2016, according to the public agenda published by the Ministry for Information Society.

The cost of the RO-NET deployment is RON 377.8 million (approx. EUR 83 million) and it is being implemented by Telekom Romania.

The privatization of Telekom Romania, a company in which the Romanian state owns a 46 percent stake, is another one of the projects that has been substantially delayed.

The Ministry of Information Society has made  it a priority to find the best privatization alternatives for Telekom Romania, before June 2016. However, the initial date when the project should have been completed was November 2015.

Another priority on the agenda of the Ministry is supporting the Digital Agenda for Romania by optimizing e-governing services. In this respect, the ministry aims to complete the implementation of the Informatics Collaborative System for Public Acquisitions (SICAP), that will cost RON 28.6 million (approx. EUR 6.3 million) and is due on July 2016.

The other priority of the ministry is to improve the Ghiseul.ro platform, which allows the online payment of taxes by card, by increasing the number of users and expanding the functionalities of the platform. The project is due for completion in October 2016.

By June 2016, the Romanian administration also intends to carry out an analysis of the acquisitions of IT systems and equipment for the central public administration made over the past five years.

According to the Ministry for Public Consultation and Civic Dialogue (MCPDC), quoted by Agerpres newswire, more than RON 250 million was invested over the last years in 400 online platforms meant to improve document management and interactive decision-making processes in the central administration. More than 80 percent of these funds came from external non-reimbursable sources.

In spite of these investments, the MCPDC analysis found that none of these online platforms offer a user-friendly space for online debates and efficient communication with the citizens; most of these mainly post information. The development of a user-friendly platform to stimulate public consultation is still a challenge.

New telecom spectrum is up for grabs

At the moment, there is still some available spectrum in the 800 MHz and 2,600 MHz bandwidth, which was not allocated in the 2012 telecom tender. According to Marinescu, a questionnaire was sent to players on the telecom market to find out how these frequencies could be allocated.

“Following the questionnaire, it became obvious that short term demand for spectrum was satisfied by the 2012 tender. However, the Authority will consult the industry this year as well regarding the need or suitability of a tender and what would be the best time to do it,” said Marinescu.

To grant spectrum in the 3.4- 3.8 GHz which was not allocated during the tender that ended last year, the telecom watchdog will also ask for industry feedback.

There are also digital terrestrial television multiplexes up for grabs. The telecom watchdog will publish the documentation for public consultation and will launch a tender by the end of the first quarter of 2016, promising that eligibility conditions will be very accessible to all interested operators.

Marinescu expects more visible collaborations between operators, which will include sharing the infrastructure investment costs and capacities. This will help operators to maintain the performance of the networks, increase traffic and the number of users, as well as expand the networks to less commercially-attractive areas.

According to ANCOM estimates, the demand for digital services will remain heterogeneous over the next few years, including diverse types of users: intensive, mass users and marginal users. However, the pool of people who do not use the internet will also remain rather large.

“The hedonistic pattern in which consumption choices and decisions are made, based on attitudes and experiences about communication services, rather than on purely pragmatic criteria, will coexist with the users’ price sensitivity, as a result of the growth in the connected equipment,” Marinescu tells BR.

Over the next years, the telecom watchdog estimates the demand for fixed and mobile broadband internet in both the residential and business segments will continue its steady growth, since the Romanian market is still unsaturated.

The business sector is steadily adopting services and applications based on cloud, M2M and M2P, in order to become more efficient.

Mobile internet will also evolve substantially due to the increase in the number of customers and a wider mobile net coverage, the booming number of smartphones and commercial policies of the type “no SIM without internet,” according to Marinescu.

Over the next years, communication bundles, including those of fixed-mobile convergent services, will become the main development drivers.