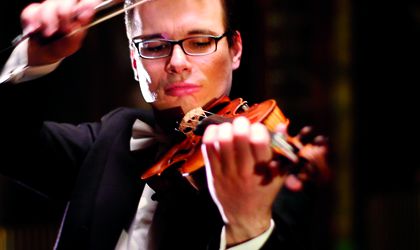 After 25 years since the Romanian revolution, in the memory of the people who lost their lives in December 1989, the Romanian Radio National Orchestra gives a special and moving concert at the Romanian Radio Hall. Under the wand of the conductor Tiberiu Soare, the concert will feature violinist Alexandru Tomescu, soprano Mădălina Barbu and violinist Virgil Zvorişteanu. The first part of the evening the audience will listen to the Violin concerto In Memory of an Angel, a piece written by the Austrian composer Alban Berg after Alma Mahler’s daughter died at only 18. The second part will feature Malher’s Symphony No. 4 in G major. The event will take place on December 19, from 19.00.

A. Berg: Violin concerto In Memory of an Angel

More information about the programe and the tickets are available here.