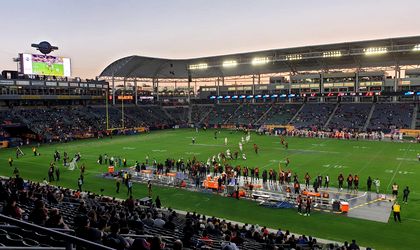 While for most of us back home in Romania today is only Tuesday, due to the 10-hour difference between Bucharest and Los Angeles in this episode of the #RoStartupOdyssey we will be covering the gang’s exploits during the first weekend on American soil. Even though it was weekend, the schedule was full for the six young entrepreneurs, from meeting with the Romanian L.A. community to attending an American Football game.

Octavian Sicoe, always interested in exploring new fields, planning to visit some indoor farming businesses in America, decided to do some research and spent his Saturday at the Whole Foods Market in Malibu, where he was blown away by the variety of organic products and how carefully placed every piece of fruit and vegetable was.

“They also used organic products for the self-service area where you could prepare your own salad. The next step I plan to do is first finding out more about the whole supply chain of these organic products and second find out more places where organic vegetables are used.” Octavian says.

He was also impressed by the high-quality user experience: 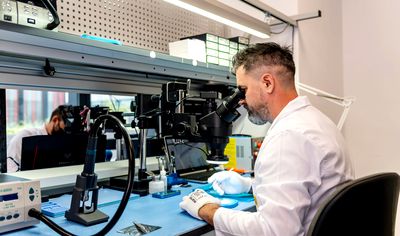 “Everything was so carefully thought, from the way vegetables were carefully placed on the shelves, the salads constantly sprayed with water by an automated system to appear fresh, the staff was carefully dressed and the outfit was unitarily designed, the boxes for the self-service were made out of cardboard, to the automated dispenser for cutlery made out of recycled plastic.”

“To ask for a premium price, your company has to deliver a premium customer service.” Iulian Puiu chips in about the whole foods market. “It is fascinating to see how brands fight for different niches from the wellness industry. In an old industry like the soda industry, few players have almost the entire US market. At the other end, the healthy food industry is still fragmented compared with the classical industries.”

The day ended with the gang experimenting the famous L.A. nightlife. Cosmin Scripcariu recounts: “We went to a dance club where you have to change your partner once every 5-10 minutes. It was a bit weird but interesting.”

The day started with a meeting with the Romanian community of Los Angeles at a local Romanian-Orthodox church, where they had the chance to talk fellow Romanians settled in the USA for more than 30 years. Octavian took an important lesson from them: “Hard work is very important more than ever nowadays when the competition is so demanding, but on its own hard work is not always enough, good networking and strong recommendations are very important here.”

“I was surprised by the warm welcome the Romanians in L.A. gave us. Probably it was because they miss their home country and were very emotional to meet and interact with us because we reminded them of Romania.” Cosmin Scripcariu added.

At more than 10,000 km away from Romania, it was Catalin Petrisor first time attending an Orthodox mass.

“I really enjoyed it. The people there were so nice to us, everyone wanted to help us with contacts and advice. The priest stayed with us one hour more and asked us a lot of things in order to help us find contacts, he even called a friend and asked him to come over at the church in order to meet us. His friend came in half an hour, talked to us and offered to help. The learning from here is that if you start something with the outcome in mind, you will find ways to make it work. I went to the church more for the networking and good things came out of this.” Catalin says.

“Coming to the Romanian community was the best idea because the priest was the coolest guy and all of them helped us however they could. We made the most out of it. This priest was very well connected in Los Angeles.” Adds Dan Condurateanu.

From a Romanian-Orthodox church, the six Romanians switched to a different kind of religion. The American one: football. The Los Angeles Wildcats were playing the DC Defenders at Dignity Health Sports Park in the XFL, an 8-team league, parallel to the more famous NFL. The Californians won, 39-9, after a 3-hour game which for the six Romanians looked more like a show.

“The three-hour game is actually two hours of entertainment and only one of the actual sport. But fans come to the game to enjoy the whole experience, to have fun, not just for a potential win for their team.” Cosmin describes the experience.

“After I saw people go crazy during the game, I understood the idea of `work hard, play hard`. I believe that this statement is representative of people from the US. Also, it was interesting to see how they promoted the hard work during the break via a video that showed all the efforts behind an athlete and his success. From 3 hours spent there, 1 hour was the game itself and 2 hours were for the show. I felt that the event was more for entertainment. They create an entire experience around the game. Also, the whole day was flawless and well organized. Again, I believe that people here know how to sell and how to hold things.” Iulian concluded.