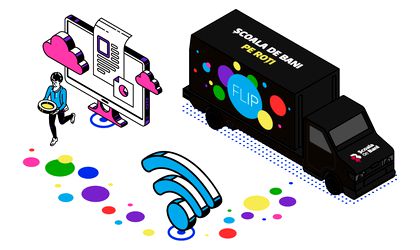 With the beginning of the school year, BCR and the School of Values ​​resumed their financial education workshops for children, organized as part of the project FLiP, the Money School on Wheels. Classes took place between September 15 and December 18, from Tuesday to Friday.

Since May, FLiP Money School financial education teachers, as well as School of Values trainers, have mobilized quickly and adapted to the current context in order to continue to bring financial education to as many children as possible. Thus, the courses have been moved online, and so far, over 7400 students have taken part in them.

After the success of virtual workshops in May-June, BCR decided to extend them during summer vacation. The large number of students eager to learn more about the secrets of money, encouraged financial education teachers not to stop their activity. “I did not think during the holidays my students could learn, relaxe, get involved and play at the same time, during one well structured workshop. I liked that classes are organized by objectives, taking into account the ages of the students, and that they are held by extraordinary people. Trainers know how to get students’ attention and interest, by involving them in active learning games, based on open and well-organized communication”, says Anișoara Cojocaru, teacher at the Roman-Vodă National College, in Roman. 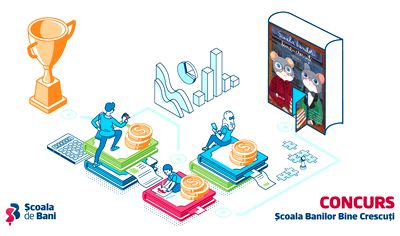 During workshops, kids can learn new financial terms, how to manage a personal budget, how to appreciate the value of money, why saving is important, what is the difference between needs and desires, but also what are the income and expenses.

“I like that during the workshops I did questionnaires, games, I participated in pros and cons debates and I learned to save money. At the beginning, I got 99 points, but in the end, I got the maximum score, which means I learned a lot in the meantime. I had a lot of fun and I would like to repeat this experience” says Matei, 11 years old.

#futureofwork | Andreea Voinea (BCR): We need to free up the creativity of...

Filip & Company assisted BCR in the CIT One transaction