What’s left to buy in Romania? 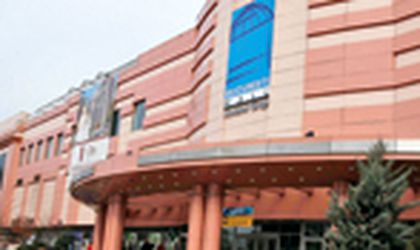 Everything is for sale at the right price, the saying goes. It seems that Anchor Group, developer and owner of Plaza Romania and Bucuresti Mall commercial centers, has not received the right offer for the two properties, as they have not yet sold. Real estate experts believe the two properties have attracted a lot of interest from various investors, but none of the offers was big enough to exceed the company's gains from running the malls themselves.
The two properties, of which one has been recently upgraded – Bucuresti Mall has gained 9,000 sqm from a EUR 20 million investment – are two of the most attractive ones still unsold.
Anchor Group's representatives have not said how many offers they have received for the malls or why they are still holding onto them.
The latest transaction involving a mall-like shopping center in Bucharest was the one with City Mall, for which the Australian fund APN Fund Management paid a little more than EUR 100 million a year ago. The mall was on its fourth set of owners, having been sold several times at various development stages.
Given that the mall was at the time welcoming fewer visitors than Plaza Romania or Bucuresti Mall, and that meanwhile the shopping race has increased, Anchor Group could expect to get much more for each of its malls.
It has recently borrowed EUR 150 million from Eurohypo to refinance some of its projects.
“I still believe the biggest potential comes from projects under various development stages, not necessarily already finished projects. Quality standards have sensibly increased in the meantime, and this could affect the relative market value of already completed projects, with investors favoring, from this point of view, the projects in the pipeline,” says Muler Onofrei, general manager of Aleph Properties, a real estate company.
So one can expect investment funds to go on with their quest to find good, underway projects. “The solution for such funds would be to work closely with brokers and developers to identify good products in early stages of development,” said Onofrei.

Officially nothing's for sale
On the retail segment, several projects are underway that investors could find interesting: Cotroceni Park, developed by Africa Israel, Baneasa Shopping City, by Baneasa Developments, Liberty Center, by Mivan, and Sema Parc mall, among other retail developments.
The only developer on this list which has started to sell while building other stages of its development is River Invest, which sold two of its office buildings to Europolis. This should supply financing for the residential area and for the commercial area. This means the Sema Parc mall is not an easy target, especially since River Invest announced a partnership with German ECE for building the mall.
Cotroceni Park is intended as a mixed project, with a commercial center, offices and a hotel. The company could consider at some point selling some of these development, say analysts. The developer has announced plans to build 4,500 apartments and retail projects in various cities, after having already invested EUR 70 million in land here.

Sell something to build something
Building mixed projects and financing them by selling parts to build other parts, and in the end still owning some of the project and cashing in the benefits is a tactic already used on the local market. Similarly, selling older properties to co-finance new projects is not new to developers in Romania. Selling existing properties can at least finance plots for future ones, if not even the first stages of their development.
Baneasa project was just a EUR 1.3 billion promise several years ago, but it started to take shape once several parts of the commercial area were completed. The mixed-development in north Bucharest has so far attracted several potential buyers. “We're not talking about binding offers, as Baneasa project is not for sale at this moment, so we haven't gone that far. But we have been approached by people to sell it. We've had between six and ten potential buyers that would be able to absorb and digest the project and continue the development,” says Michael Lloyd, now one of the company's managers.
Projects not for sale can sometimes become for sale over night. This was the case with America House, an office building done by GTC which remained in its portfolio for more than a year, before being sold to French Ixis for around EUR 120 million.
Iulius malls around the country are also assets still in the hands of the developer, Iulius Group. The company is expanding the Iulius Mall chain, which is now present in Iasi and Timisoara, with new units in several other cities.
Moreover, many malls are being built in cities around Romania. Some of these developments are carried out by local companies, many on their first such development. These kinds of companies are very likely to sell, as they are not long-term developers. Palia Shopping Center Orastie, Craiova Mall, Shopping City Suceava, Promenada Mall, Bistrita Mall, Mures Mall and Targoviste Mall are only some of the malls nowadays advertised by real estate agencies in their campaigns.
Several important transactions have been concluded on the industrial market segment, and all of them centered on underway projects. The industrial market is however weaker than the other market segments and does not attract as many potential buyers. Some of the projects currently under construction are less likely to become part of a transaction.
Cefin has already attracted Europolis and Teesland to its industrial projects, while Eyemaxx partners Immoeast in developing industrial projects. ProLogis, with an industrial park underway, is the type of developer that usually keeps its projects. Portland Trust, developing Bucharest West Industrial project, has already sold two of its existing projects in Romania, Opera House and Bucharest Business Park, to investment fund CA Immo.

Partnership with investment funds brings deals closer
Developers that have a history of partnering with institutional developers or selling their properties to such investors may apply the same scheme for future projects, and not necessarily with the same investors. Portland Trust is now preparing an office building and a residential project in north Bucharest, while working on the Bucharest West project.
Avrig 35, the company that built Charles de Gaulle Plaza and sold it to CA Immo and to GLL, is now working on EUR 500 million of retail and office projects around the country.
GTC can also be included in this category, after selling Europe House to Europolis and America House to Ixis. It is now working on the Galleria shopping centers chain and several residential projects. Adama, now working on offices and residences in Romania, is already partially owned by institutional investors, including Immoeast, which decreases the chances of selling future developments. Euromall developers, which have sold their retail developments to Immoeast, are currently preparing EUR 140 million of offices and residences.

Local hotel owners expected to start selling
The hotel market has until now not been the top target of investors looking at Romania. The Novotel transaction last year was the beginning, it went on with Warimpex buying Golden Tulip hotel and more recently with Africa Israel Hotels, snapping up four three-star units in Bucharest.
Experts predict this segment to see important transactions in the near future, as most of the existing hotels, under management contracts with hotel brands, are owned by their developers. Again, most of these developers are locals, who might prefer to give up on a business they know too little to go on with for many years. Institutional investors are already starting due diligences for several hotel properties in Romania, according to previous statements by Tinu Sebesanu, CEO of Trend Hospitability. “I expect more acquisitions to follow this autumn. Local private investors bought existing properties, renovated and operated them, and after a while they figured out it was not that easy. Most such investors try to sell their properties, although the asking prices are currently quite high. This will go beyond the seaside area, to cities around the country where many hotel properties will be up for sale,” Sebesanu said. Local businessmen Ilie Carabulea and the Negoita brothers are examples of hotel developers, who can be targeted by investors. Carabulea is now building a Ramada hotel in Sibiu, and plans to build two more Ramadas in Bucharest. The businessman also owns the Atlassib company and Banca Carpatica.
The Negoita brothers are now working on ProConfort hotel in the Vitan area of Bucharest, after having opened Rin Grand Hotel in the Otopeni area and Water Park amusement park in the same area. Hotel chains, like Golden Tulip, with each property owned by different owners, or smaller hotels in the capital city are also catching investors' eyes.
Bucharest's large hotels would also make top acquisition targets, if owners were to sell. Take Crowne Plaza and the Hilton, owned by businessman George Copos. He is now planning more real estate developments and apart-hotel additions to the existing hotels. Crystal Palace, owned by Dumitru Dragomir, is another example. Dragomir has recently announced plans to build residences.

Good numbers and not necessarily quality dictate sales
Generally speaking, the local market suffers from low quality products from the point of view of technical solutions, endowments, such as parking, building management, relationship with tenants and so on, says Muler Onofrei.
But in the end the numbers are the ones that decide if a transaction goes through. The sums, which developers are not too happy to share with the rest of the world, make a property worth buying or not. “A project has ‘institutional quality' when it becomes a stabilized investment, with a stabilized income stream, mirrored in contracts for more than three years and indexed rents. So it is more a financial definition than one focusing on quality and associated to the products offered,” said Onofrei. It is still a developers' market, he concludes.
Georgiana Anghelus, investment sales consultant with Colliers Romania, agrees. “Institutional investors target projects with a quality mix of tenants. The quality is given by both the company and the terms of the contract,” Anghelus says. For a real estate product to become a target for an institutional investor it needs to comply with the investor's criteria, which can be diverse and in general linked to the fund's type of expertise and risk profile. “There are investment funds which are actively involved in properties' management, like those who usually own commercial centers, which require intense management. There are also those who get involved as little as possible, like pension funds which acquire low risk investments, such as office buildings. We also have opportunistic funds which finance a first stage of development and then sell their stake,” said Onofrei.
But considering the demand is far bigger than the offer, anything on the market can be bought, says Anghelus. It just takes time, as an investment transaction may need over six months to finalize.