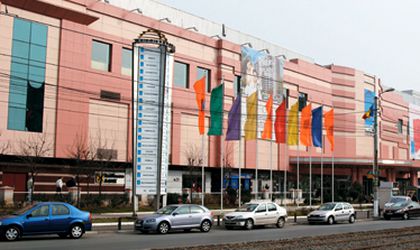 The emergence of new developments in certain areas of Bucharest has led to a rise in their profile and to people crowding both to live and to start new developments there.
One such example is Vitan. This crowded south-east area of the capital city has witnessed an increase in prices, for both old apartments and land, triggered by the opening of the first mall in the city, Bucharest Mall, in 1999.

Up-and-coming areas spell big profits
Those who bought apartments in the Vitan area shortly before the new mall came about and are now thinking of selling them could achieve more than 15 times bigger profits.
The price of old apartments in the area rocketed from some EUR 5,500 in 1999 for a two-roomed flat, to as much as EUR 85,000 at present for the same type of property, says Catalin Secareanu of Coldwell Banker Affiliates of Romania. The price of land close to the mall development has also increased from as little as EUR 25 to 80 in 2002, to a current EUR 500 to 1,500 per sqm, he adds.
Not only did people start moving to the area and old apartment owners take over other areas with cheaper housing that was less developed, but developers started to show an interest too.
The triangle of Vitan-Dristor-Titan contains 22 of the 75 residential projects underway in Bucharest, says Oana Taraze of Eurohouse. She confirms the spectacular evolution of apartment and land prices in the area, adding that the more recently-opened Auchan hypermarket played its part in the area's development.
Drumul Taberei is another crowded area of Bucharest with an evolution similar to Vitan. The two areas share mall developments from the same developer, Anchor Group, whose second mall in capital was Plaza Romania. The prices in Drumul Taberei have increased ten-fold following the construction of this second mall, while in the Vitan area, the increase was 15-fold, reported the Coldwell Banker specialist.
Anchor Group has bet even more on these areas, by building an office development close to Plaza Romania. Anchor Plaza office building is one of the first office buildings in the west of Bucharest, and has paved the way for others starting similar developments. In Vitan, Anchor is already working on InCity Residences.

Homes set their stones close to downtown
Residential compounds have also moved towards the east of the capital. The Lacul Tei area, which will host Emerald Residences, Doamna Ghica with Planorama and Rose Garden underway, Stefan cel Mare with Central Park residences soon to be delivered, and Titan with Edenia also underway will attract wealthy buyers, raising the area's potential even more.
At this point, prices will increase normally in these new areas, believes George Ivan of DTZ Echinox, but the increases will happen at a different pace than in the north of the city. Multinational companies' headquarters and emerging office area on one hand and hypermarket development on the other raise an area's potential, he says. Setting up leisure areas, as well as the modernization of the city's ring road, will also bring a boost to some areas in the city, he added.
The south of Bucharest, for the moment one of the less developed from the real estate point of view, is expected to attract significant real estate investments in the next two to three years, says the Eurohouse specialist.
Mass-market residences are likely to pop up in this area, with cheap homes in blocks with prices between EUR 950 and 1,200 per sqm. “This will mean serious competition for old apartments, although we expect the price for these old flats also to increase by 20 percent this year,” says Oana Taraze.
The south has lower land prices and available pieces of land. One of the biggest opportunities is in the form of large old industrial platforms, some of which are still functional, such as IMGB, CET Progresul and Glina.
The development of areas close to Bucharest is set to see changes in the near future.
With an overcrowded north, and Iancu Nicolae-Pipera being the leader in the area, developments have started to come up in Ionescu Sisesti-Jandarmeriei-Vatra Noua, says Sorin Lacusta of Regatta. This area has the forest and the lake as strong points. Corbeanca, Otopeni and Tunari will raise in the near future, along with investments in infrastructure, he adds.