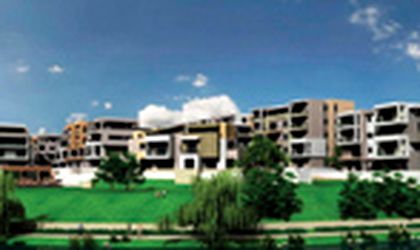 The fund has acquired 69 residential units at Perla Residence and some of the property rights over the land where the complex is built.
Perla Residence, which is being developed by Crown Constructions, the Romanian subsidiary of Greek group Morfi, comprises 85 apartments, three villas and other facilities near Pipera lake.
The deal with Tri Investments was carried out through Salamanca Capital, with legal advice provided by DLA Piper. Since the beginning of 2009, the law firm has advised on four deals, with others in progress, according to a recent statement. “Corporate brings around 60 percent of the revenue. This year we've completed four deals, acquisitions or sales and have several others in progress. We also do work in public procurement and competition. The other 40 percent comes from finance and banking, real estate and employment,” said Marian Dinu, country managing partner of DLA Piper in Romania.
Salamanca Capital, though Central Eastern European Residential Opportunity fund (CEERO) has bought more than 600 apartments on the Romanian market, in projects such as Greenfield, Cosmopolis, Green Park and Eminescu View.
Magda Purice