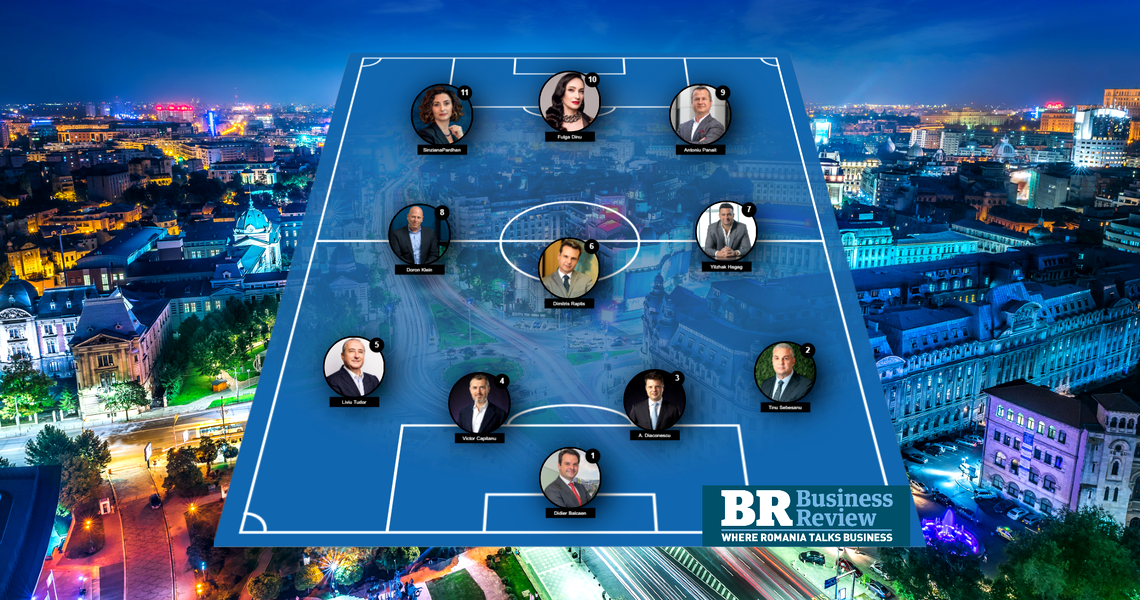 The executives featured on Business Review’s top 10 list this year are managing some of the biggest real estate projects in Romania and must deal with a complex development environment marked by an inflation of costs and shifting trends in the way we live, work, and shop. Didier Balcaen has been kept busy at the helm of Speedwell, with a strong development pipeline in Bucharest and regional cities.  The company is delivering a mixed-use project comprising apartments, offices, and residential spaces in Cluj-Napoca, and it is working on office and residential developments in Bucharest with completion dates starting this year. Meanwhile, Speedwell will begin sales for a new mixed-use project in Timisoara. 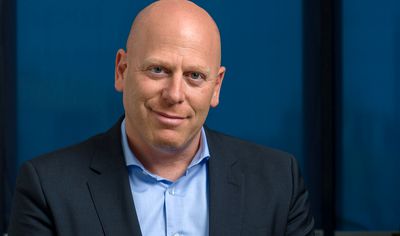 Balcaen is a strong supporter of sustainable development and believes in the power of real estate to regenerate urban areas. That is why two of the company’s large projects will bring urban areas in west Romania back to life. All of Speedwell’s projects are geared toward transit-oriented development (TOD). For employees, residents, and shoppers, this means that a mix of property assets in the same area will help them save time and enjoy their time in the city. Balcaen is also venturing in the warehousing segment, positioning Speedwell to compete in all property segments. An Initial Public Offering (IPO) from a Romanian developer hadn’t been seen on the Bucharest Stock Exchange in years; that was until Victor Capitanu and Andrei Diaconescu stepped up their game and decided it was time for One United Properties to go public. The company they co-founded raised more than EUR 50 million in the IPO and got a market capitalisation of more than EUR 580 million. The extra funds came at a good time for the company, which has ongoing residential, office, and mixed-use investments in Bucharest. One United Properties has been snatching up key land plots in the Romanian capital in transactions reaching tens of millions of euros to prepare a new wave of luxury developments.

Capitanu and Diaconescu have been investing in real estate since 2000, but they gained profile after launching the ONE brand in 2013. Before going public, they sold a minority stake in One United Properties to Daniel Dines, the wealthiest Romanian entrepreneur. Closing large transactions and upgrading property assets are two objectives that stand out on Fulga Dinu’s agenda for this year. The property group signed a massive 25-year rental contract for one of its office buildings in north Bucharest. Reflecting changing trends on the market, the new tenant is developing healthcare operations.

Dinu says this deal is a very good sign because it brings balance to Immofinanz’s portfolio and adds value to the services it already offers to customers. In central Bucharest, Immofinanz took over the Bucharest Financial Plaza office building in a EUR 36 million deal. The office project will adopt the myhive office concept, spearheaded by Dinu since she began coordinating the group’s local operations.

Aside from offices, Immofinanz is also investing in the retail segment to upgrade Romanians’ shopping experience. By the end of this year, the company will finalise the refurbishment of VIVO! Baia Mare. Yitzhak Hagag is always ready to take on a new challenge, and he’s found one right in central Bucharest. As co-founder and shareholder of Hagag Development Europe, he is leading the company’s ongoing projects in the Romanian capital. Hagag buys landmark buildings on the city’s famous Calea Victoriei and invests in their full refurbishment to meet the demands of sophisticated residents and companies looking to rent quality offices.

The company says that the renewal, revival, and rehabilitation of the Bucharest city centre and its heritage buildings is its true mission, and more transactions might follow in this area. Meanwhile, Hagag is also working on a large residential complex in north Bucharest. With Yitzhak Hagag in an executive position, the company has invested more than EUR 200 million in Bucharest. With enough financial power and patience, Hagag is one of the few property players in Romania to have taken on the challenge of restoring historic buildings to benefit the community. Doron Klein closed one of the biggest deals in Romania’s office sector when AFI Europe Romania paid around EUR 300 million for NEPI Rockcastle’s office portfolio. The deal was concluded in the difficult 2020 and it had a market-moving effect, sending the commercial real estate sector to around EUR 900 million in total investments last year.

As CEO of AFI Europe Romania and Czech Republic, Klein manages a complex portfolio of retail, residential, and office projects in Bucharest and regional cities. This year, the company will focus on upgrading newly-acquired buildings and continue the development of its office park near central Bucharest. It will also invest in a new commercial gallery close to its residential compound in Bucurestii Noi in a bid to add new facilities for residents.

With retail spaces of around 170,000 sqm and more than 300,000 sqm of offices, AFI Europe Romania remains in investment mode and is currently searching for new opportunities on the market. As a Bucharest native, Antoniu Panait always wanted to have a chance to contribute to the development of the city, and in his role at Vastint Romania he has been working towards his dream of making Timpuri Noi into one of the main urban nodes in Bucharest. The company already owns more than 50,000 sqm of office and retail spaces in this area and it is preparing for the second development phase. Right from the start, Vastint wanted green buildings that would save energy and meet the sustainability goals of large multinational tenants.

The Timpuri Noi project will also feature a residential component, although it’s still unclear when this development will kick off. Long before the housing market started booming, Vastint secured a 48-hectare land plot in northern Bucharest for a mixed-use scheme, with a major residential component.

The company has taken on the challenge of developing mixed-use schemes, where timing is key. However, sustainability seems to be the common denominator for all its investments with long-term impact. In the pandemic economy, business growth has been the name of the game for Sinziana Pardhan. Industrial and logistics developer P3 has been focusing on adding facilities to its park in west Bucharest, which has a total leasable area of 380,000, sqm split into 14 warehouses.

In the first quarter of 2021, P3 Logistics Parks closed deals for more than 35,800 sqm of logistics and office spaces, of which close to 40 percent were new contracts, while the rest were extensions of existing contracts. The high demand for warehouses since the start of the health crisis allowed P3 to retain all its tenants.

By investing in resource management technologies and charging stations for electric cars, Pardhan has the strategic task of managing P3’s transition towards a decarbonised economy. The executive says that sustainability is part of the company’s long-term vision and that the whole team believes it will pay off. Being at the helm of the biggest owner of office buildings in Romania, Dimitris Raptis deals with various requests coming from a complex mix of tenants. As the CEO of Globalworth Group, Raptis is overseeing the challenging process of ensuring that employees are safe as they gradually return to the office.

With a Romanian portfolio worth more than EUR 1.4 billion, of which 81 percent in offices and the rest in industrial projects, Raptis manages two segments with different development dynamics. The company maintained the occupancy rate in its local projects at 92 percent and invested in equipment to meet new health and safety protocols.

In the meantime, Raptis is also looking to grow Globalworth’s footprint in the industrial and logistics sector, which has recorded higher demand during the pandemic economy. Alongside Global Vision, Globalworth is developing more than 540,000 sqm in a mixed-use scheme with a strong logistics component in Constanta, as well as another industrial project near Bucharest. Investment has been the driving force behind Impact Developer & Contractor since Constantin Sebesanu was named CEO earlier this year. He took the reins during one of the residential sector’s best periods in years, with high demand across the board. However, Sebesanu has to make sure that costs don’t slip out of control as prices for construction materials have skyrocketed in the past year.

Impact is currently developing two residential projects in Bucharest and one in Constanta. The company has ventured further into the country and has acquired land for its first housing project in Iasi.

Sebesanu is implementing the developer’s strategy of creating sustainable residential projects. As the near-zero energy buildings (NZEB) regulation was introduced in Romania earlier this year, the company is investing in technologies that will help residents consume fewer resources in the long term and rely more on renewable energy. At the same time, Impact has been investing in new facilities for its community of more than 6,000 residents in north Bucharest. As the biggest Romanian owner of office buildings, Liviu Tudor spotted an opportunity in the pandemic economy. He believes that the health of real estate projects will become a critical demand for closing deals on the commercial market. His company Genesis Property has put in place a new standard that helps landlords prepare an adequate response in the case of a pandemic or another health-related incident.

Tudor aims to take his standard mainstream going forward, but he is also looking to adapt his property portfolio to the changes in demand. He announced that his office project in north Bucharest would be transformed into a mixed-use scheme. An existing building will be converted into co-living quarters to reflect the future of work and living. The diversification strategy is already visible in the office project developed by Tudor in west Bucharest. Before the onset of the health crisis, he had already added a private residential campus and a hotel within the office project, which covers 75,000 sqm.

One United Properties posts a turnover of RON 627.7 million and a gross...