The residential sector is moving towards new delivery highs this year, and authorisations recovered strongly in the third quarter 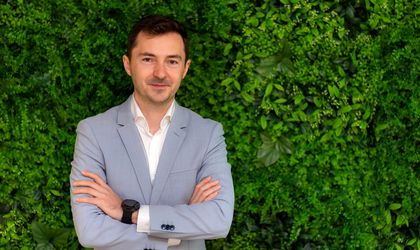 July marked a 14-year record in the Bucharest residential market in terms of total authorized usable surface area of 350,000 square meters, which is equivalent to almost 7,000 apartments, Colliers data shows.

The strong increase in authorized areas in the third quarter canceledc the decrease in the first part of the year, so that at nine months there are only 1% fewer authorized units compared to the same period last year.

“If in the first half of the year, in Bucharest, authorizations decreased by a third compared to last year, the third quarter brought significant increases. However, the record number of square meters authorized does not mean that all these projects will be built, but it is a measure of the confidence that developers have in the residential market. The number of units delivered today depends on the number of building projects already started and on past demand for housing, while authorisations depend on the current demand for housing, on the confidence in the future, and to a large extent on the administrative process. Thus, this year we still expect record deliveries, even if demand has been on a downward trend since March”, points out Gabriel Blăniță, Associate Director Valuation & Advisory Services at Colliers Romania.

“Although the authorisation context has improved significantly compared to the first part of the year, we expect the rate of deliveries in the coming year to slow down amidst falling demand, plus construction costs also remain high, contributing to additional caution on the part of developers. However, the substantial pipeline of projects authorized makes a supply shock very unlikely in the coming period. In addition, better predictability and transparency regarding the status of urban plans would contribute significantly to easing the real estate market and mitigating the wide variations we have become accustomed to in recent years. Due to the fact that the development cycle of a project spans on average 3-5 years, predictability is one of the most important factors in securing financing, especially in an environment where interest rates continue to rise”, adds Gabriel Blăniță.

Developers in the residential sector remain interested mainly in areas outside Bucharest, where the supply of land is more consistent, prices are lower and permits are generally obtained with fewer difficulties, Colliers data show. Rising interest rates, inflation that is eroding purchasing power and rising construction costs add to the uncertainties affecting the short-term outlook. Still, the first nine months of the year brought an increase in the volume of residential construction by approx. 5%, while the value of this work increased by more than 30%, illustrating the rising costs in this segment.

Another important aspect to watch is the legislative changes on the tax side, especially given the difficult fiscal situation faced by the Romanian state. Property taxes are set to rise from 1 January 2023, while VAT legislation is being modified to make it less favorable for residential property purchases. This should also have a negative impact on residential sales.