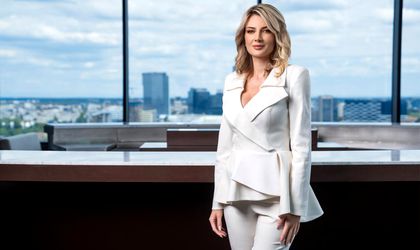 The asking prices for new apartments in Bucharest continued their upward trend in the second quarter of this year, compared to the same period last year, as revealed by the joint analysis of Premier Estate Management and Imobiliare.ro. The analysis considers the requested prices for apartments built between 2019-2022 based on 7,831 listings on Imobiliare.ro.

The average increases for the mass-market, medium, medium-high, premium and luxury segments are between 10-22%.

In sector 6 (mainly Militari, Drumul Taberei, Apusului) a significant increase can be observed from one year to the next, between 13 and 35% of the requested price.

In the April-June period of this year, the prices requested in the medium-high segment (between 2,200 and 2,500 euro/usable sqm) experienced a 20% increase compared to 2021 and a stagnation compared to the first 3 months of this year.

The areas analyzed in this segment include Timpuri Noi, Carol Park, Băneasa and Tineretului

The premium segment, i.e., homes with prices per usable square meter between 2,500 and 2,700 Euro, experienced a 10% price increase in the second quarter of this year compared to the same period of 2021 and a stagnation for the following 3 months.

The areas analyzed in this segment include Aviatiei, Dacia, Dorobanti, Eminescu, Floreasca, Universitate and Victoriei.

As for the luxury segment – properties with prices exceeding 2,900 euros/sqm, there is a 20% appreciation compared to last year and a stagnation in the April-June period compared to the previous months.

“Contrary to expectations, prices for apartments are not falling, but stationary, comparing the evolution of Q2 2022 to Q1 2022. We attribute this fact both to the construction costs, whose evolution hasn’t yet stabilized, and to the increase in the standard of living for most of the population. Regarding the next quarter, we expect adjustments for projects located in less accessible areas”, explains Andreea Comșa, Managing Director, Premier Estate Management.

“The residential market is in search of a balance, and it takes time for the market to accept the new paradigm – higher prices, rising cost of financing amid high inflation. Even if certain corrections are inherent in the short term, especially in the mass-market segment, Romania is still among the countries with the most affordable housing in terms of purchasing power. In the medium and long term, there is only one possible scenario – apartment prices in Romania’s big cities can only go up”, said Daniel Crainic, Director of Marketing, Imobiliare.ro.