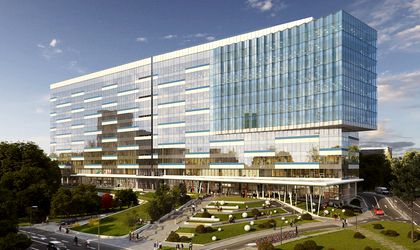 Over recent years, Romania has become one of Central Eastern Europe’s most attractive regions to start operations in. According to research by JLL, by the end of 2020 the country is expected to become the second largest economy in the CEE and continues to attract investors from all over the world – not only from Europe, but also those from South Africa, the USA and China.

In Q1 2019, Romanian GDP grew by 5.1 percent, while it increased by 4.1 percent in 2018 – double the total aggregated result recorded in the Eurozone at the same time. A well performing market and the good condition of its economy is also clearly evidenced by investment volumes on the real estate market. According to forecasts, this market‘s investment volume is expected to exceed EUR 1.1 billion by the end of 2019.

“Until recently, investors aiming to diversify their portfolio of assets mainly focused their attention on Warsaw, Prague and Budapest. Of course, these locations are still highly attractive and provide favorable conditions for investing capital, however, we are observing a significant increase in Romania’s investment importance, especially its capital city. Bucharest is the country’s biggest office market where attractive prime yields and relatively low vacancy rates encourage developers to start new projects, with almost 300,000 square meters expected to be delivered in 2019”, said Mike Atwell, Head of Capital Markets Czech Republic and Leader Director CEE Capital Markets.

The development of the BPO and SSC & IT sectors has had a significant impact on demand for prime office space in Romania’s capital. Last year, local stock was extended by 148,000 square meters. Developers are continuing to work on expanding their project portfolios, including Skanska, which is introducing a new level of certification to the market – WELL – and also currently having two office developments under construction in Bucharest: Campus and Equilibrium. The high quality of these projects attracts leading international tenants, with Microsoft Romania becoming an anchor tenant at one of these projects where the company has recently secured around 23,000 square meters in the second and the third buildings of the Campus 6 complex.

“Along with high demand for office space in Bucharest among tenants, we also observe increasing activity of investors who want to have top-quality assets from different parts of the CEE in their portfolio and still look for high returns on investment. Over the years Bucharest has become one of the most desirable locations and we are happy to be a part of such vibrant and dynamic market, all the more because we have been running our operations here since 2011. We have contributed to this market with several futureproof workplaces – e.g. already existing Green Court Bucharest or new development projects which are currently under construction”, said Adrian Karczewicz, Head of Divestments Skanska commercial business development unit in CEE.

Skanska is one of the leading development and construction companies in Europe. Outside the Nordics the company has European operations in building construction and civil engineering in Poland, Czech Republic & Slovakia and UK. Skanska develops commercial properties in select home markets in Poland, Czech Republic, Romania and Hungary, while the residential development is active in Prague and Warsaw. Skanska also offers services in public private partnerships. In 2018, Skanska had sales of SEK 40 billion and about 14,200 employees in its European operations.