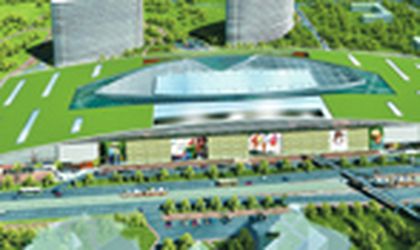 The value of the transaction, involving 50 percent of the project, was around EUR 45 million, according to sources on the market. Parklake Plaza project and office development Parklake Towers, the latter worth EUR 100 million in investment, are located in eastern Bucharest and will be developed on a 8.2-hectare plot. The retail project consists of a five-floored shopping centre with 443 stores and 3,300 underground parking places, delivering a gross lettable area of 110,000 sqm. According to David Sharkey, Caelum Development's CEO, the commercial center will be anchored by a Cora hypermarket, a 14-screen Cinema City multiplex, and by national and international fashion brands.Caelum Development entered the Romanian market in January 2007 when it sourced the Parklake Plaza plot in association with Ri Investments, a company controlled by Irish investors. Sonae Sierra also entered the Romanian market last year by acquiring the River Plaza Mall in Ramnicu Valcea, a shopping centre with 12,300 sqm of gross lettable area, following a transaction worth EUR 42 million. The company's current projects are two shopping centers in Craiova and Ploiesti to be inaugurated in 2009 and 2010 respectively, with a total investment exceeding EUR 293 million. The Ploiesti mall will feature 64,000 sqm of gross lettable area, and the one in Craiova 55,500 sqm. The developer's intention was to rapidly start or get involved in a mall project in the Romanian capital, according to company representatives.
Caelum was founded in 2002 by the Irish investment company Capital Partners Holding, and targeted real estate investments and developments in Central and Eastern Europe.
Magda Purice