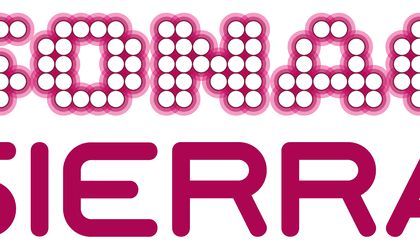 In 2018, Sonae Sierra managed to sell shopping centres with a Gross Asset Value of almost EUR 600 million, achieving attractive gains, saw its Services EBIT grow by 11 percent y-o-y, and invested over EUR 165 million in expansions such as NorteShopping, Outlets in Spain and Greece and in a new shopping centre in Colombia, which opened on February 27th.

Sonae Sierra’s EBIT increased by 2.8 percent, reflecting the improved performance of its portfolio in Europe and Brazil, as well as improvements in its Services business. This is particularly noteworthy as the increase in EBIT was affected by Brazilian Real exchange rate fluctuations and by the company’s 2017 disposals. On a LfL (like-for-like) basis, EBIT increased by 5.5 percent during 2018.

The company’s European portfolio increased its Tenant sales by 2.1 percent y-o-y. Spain and Romania recorded particularly strong tenant sales growth of 10.8 percent and 11.5 percent respectively, impacted by portfolio expansion in Spain and improved performance from Parklake, in Romania. On a LfL basis, sales grew by 2.3 percent in Europe, benefiting from a strong performance in Portugal, Spain and Romania where the increases were of 3.1 percent, 5.5 percent and 11.5 percent, respectively. Total LfL rents grew 2 percent in Europe, which was mainly driven by better performance in Portugal and Spain, which recorded 3.7 percent and 3.5 percent LfL rental growth, respectively.

Indirect net profit reached EUR 43.6 million, as a result of realised gains on the 2018 disposals and the gain on the opening of Fashion City Outlet in Greece plus an increase in the valuation of our Investment properties. In order to improve its capital structure, the company refinanced total debt facilities of around EUR 1 billion, on a 100 percent basis, leading to a decrease in the average cost of debt by 30bps to 3.5 percent.

As of December 31, 2018, Sonae Sierra’s NAV stood at EUR 1.5 billion, a 1.6 percent increase despite dividend distributions and the adverse effect of the depreciation of the Brazilian Real. Excluding the adverse BRL exchange-rate effect, NAV increased by 3.7 percent.

Sonae Sierra continued to implement its capital recycling strategy throughout 2018. In December, it announced the signing of a Joint Venture agreement to acquire the Gran Casa, Max Centre and Valle Real shopping centres in Spain for a total of EUR 485 million. Under the agreement, our JV partner will have a shareholding of 87.5 percent, with Sonae Sierra owning the remaining 12.5 percent and providing all the management services.

The Ores Socimi, a fund managed by Sierra’s Investment Management Services business continued to record a good investment pace, having acquired 18 properties in 2018, for a total investment of circa EUR 174 million.

This development represents a total investment of EUR 52 million and a gross leasable area of 40,000 sqm for 180 shops, making it the largest shopping centre in the city. The opening took place on February 27th 2019. Furthermore, construction work continues apace at McArthurGlen Designer Outlet Malaga (Spain). This 50/50 joint venture between McArthurGlen and the Sierra Fund represents a EUR 140 million investment to create 30,000 sqm of new retail space.

In 2019, the business will continue with its selective capital recycling activity whilst committing to the long-term strategic growth of its most dominant flagship assets in Iberia, and focus on further strengthening its international presence.