Soceram buys the oldest refinery in Romania and Europe. After 100 years of pollution it will become a green zone 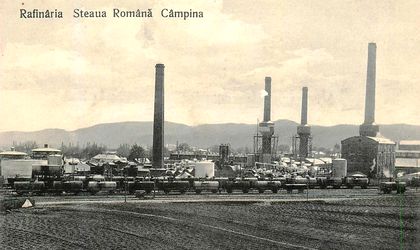 Construction materials manufacturer Soceram Câmpina has acquired the Steaua Română refinery from TDR Bucharest, following a deal worth around EUR 5 million that was completed in the latter part of October.

It concerns a 17-hectare plot of land located in the centre of Câmpina and part of the buildings on it, such as the Chemical Section, the old water station, the new water station, the water supply canal, various installations and product stocks.

The refinery, established in 1895, went bankrupt in 2020 after eight years of insolvency. At the end of last year the assets were bought by TDR Energy SRL Bucharest. Just a month later, it sold 16 tanks of acid tars to Mouse Design Construct SRL. The refinery’s stadium was also sold then. At the same time, part of the land on Calea Doftanei, located at the intersection with B.P. Hașdeu Street, was purchased by Cirex. The recent transaction between Soceram and TDR Energy does not include the 16 bays and the stadium.

Soceram becomes the owner of about 17 hectares of what was the first oil refinery in the country and in Europe. The first problem to be solved by the new owner is the clean-up of the site, which has been heavily polluted for 100 years. The clean-up and conversion costs will be considerable, company officials estimate. They told money.ro that they will assume all the costs to rehabilitate the site.

Soceram wants to build a park, a museum of industry and energy-sustainable commercial buildings. The park will also include a children’s playground. Soceram will also work with the citizens of Câmpina on the development of the project, according to company representatives. The park will be public – and it will not be the first park set up by Soceram. A few years ago it set up a park on the Muscel plateau in the municipality of Câmpina.

History of the Steaua Română refinery

Steaua Română was the only paraffin producer in the country and 40% of its production went to export. There was a time when the turnover was around 100 million euros per year. Its nominal refining capacity was 500,000 tonnes of crude oil per year.

Built in the so-called “Romanian Texas”, Steaua Română triggered a real industrial and social revolution for the town of Câmpina and its surroundings immediately after its foundation in 1895. In just a few years, several new, paved streets were built, running tap water and electric lighting were introduced. The number of inhabitants also soared.

Between 1910 and 1913, the German company Deutsche Petroleum A.G. invested in the “Steaua Română Refinery”.

During the First World War, many of the refinery’s facilities were destroyed by the Allies to prevent them from falling into enemy hands. The wells and refinery were later rebuilt by the Germans on an emergency basis.

The interwar period is considered the heyday of the “Steaua Română” refinery, when the facilities were modernised, new machinery was bought and a record 1.4 million tonnes of crude oil/year were processed.

During the Second World War, the Steaua Română Refinery continued its production, thus becoming an important war objective. The Germans, interested in providing fuel for the huge war machine, pay particular attention to the objective. In effect, the refinery contributed to Hitler’s war effort. The refinery was then hard at work supplying the front with diesel, petrol, oils and other derivatives. On 1 August 1943, British and American squadrons bombed the plant, destroying installations, wells, leaving behind a real mess.

After the war, the refinery took four years to recover. In 1948, when it was nationalised, the communist regime took over the refinery at its restored capacity of around 500,000 tonnes/year.

In 1997, it was privatised, with the majority shareholding (82.45%) going to Omnimpex Chemicals. The refinery’s core business was temporarily suspended from February 2009 until June 2010 due to lack of financing for the purchase of crude oil. In July 2010, the company laid off all 334 employees.

One of the country’s leading producers

Soceram is one of the country’s leading producers of BCA. The company recently completed the construction of its plant in Cordun, Neamt county, after an investment of more than €20 million.