Seven Hills to work on 3,000 apartments in Brasov 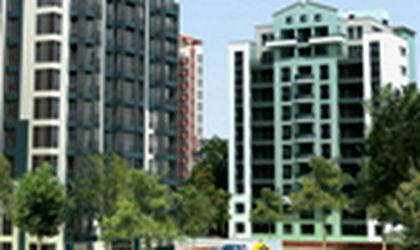 In Brasov, the company intends to develop three residential compounds in the next five years.
The first residential development in Brasov is estimated to start in May 2008, according to the company. Seven Hills will also build between 2,000 and 3,000 villas in Saftica and Corbeanca, where it owns 150 ha of land in total.
The company plans to double the EUR 500 million planned investment in Romania to EUR 1 billion by 2010 for the company's projects in Bucharest and countrywide. It will also work on residential project Central Gardens in Ploiesti which will deliver 250 apartments, requiring an estimated investment of EUR 20 million. The Ploiesti-based project will start in April, according to the company.
Seven Hills' first development in Romania is West Park Residential, located in the Militari area of Bucharest, representing a EUR 120 million investment, scheduled for completion in 2011. Currently, the developer is awaiting construction permits for its EUR 100 million estimated investment in a residential complex of 1,100 apartments in the Cotroceni area of Bucharest.
Magda Purice