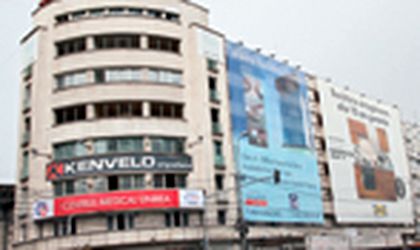 “All of our Romanian projects are 100 percent in our private ownership. No fund or stock exchange-listed companies are shareholders. We will develop all of these projects, with Pipera Business Tower and Magheru Boulevard currently under construction, within the coming years,” he said. The firm has so far invested EUR 60 million in Romania, and plans to up the figure to EUR 200 million in the next four years. “We believe in the Romanian economy and the comeback of the real estate markets in 2010,” added Schertler.
Pipera Business Tower, one of the firm's local office projects, will deliver 13,300 sqm of office space upon completion, scheduled in Q2 of 2009, according to the company. Another office building, 25,000-sqm Airport City Park, was supposed to start this year and be completed in 2011. Magheru Boulevard office and commercial building, under construction, was supposed to be finished this year, delivering 4,000 sqm of space.
As for retail, the developer was planning a shopping center in Sibiu, with offices, a hotel and some apartments too, all on 68,000 sqm. According to previous announcements, the project should have started this year too. Four Stop Shop projects in Oradea, Satu Mare, Targu Mures and Arad were also listed among S+B Gruppe's projects in Romania.
Immoeast has started to sell off some of its assets across the region, and reported at end-2008 a portfolio of 80 projects in Romania worth some EUR 1 billion, compared to 135 properties of EUR 3.4 billion in total mid-last year. Regionally, it has canceled 51 projects and delayed 29. The fund, listed on the Vienna and Warsaw stock exchanges, saw its share value drop by as much as 90 percent last year.
Corina Saceanu