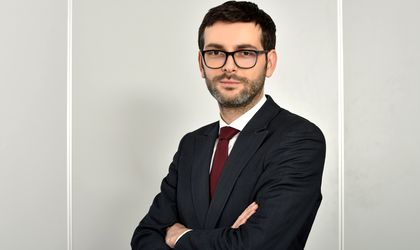 Romania is still well positioned from a price perspective of the real estate projects – offices, industrial spaces, logistics, hotels – thus, in an optimistic scenario, investment volume in 2021 will be close to the total registered in 2020, of about 900 million euros.

JLL forecasts show that on the local market there are in different negotiations stages investment transactions of over 400 million euros, involving mostly office buildings and retail schemes.

For the moment, despite market expectations, yields for office and industrial/logistics assets remained at the same level as 12 months ago, while retail yields have increased by 25 bps over the year.

“Romania offers very attractive investment opportunities on the property market from the perspective of prices. The current yields values are still well above those registered in the last peak (2007) and those currently quoted in the rest of the region. In addition, the rent levels are in the most cases unchanged since many years (even 10 years for office market), while the prices per square meters for offices, warehouses or retail spaces has a marginally increase in the last 5 years (between 0 and 10% in total) compared with the sustained increase for the residential market. Therefore, we expect this opportunity to be reflected in the next period in a higher investment volume, although in the short term, i.e. in 2021, transactions will most likely not exceed the 2020 level”, comments Andrei Văcaru, Head of Capital Markets JLL România. 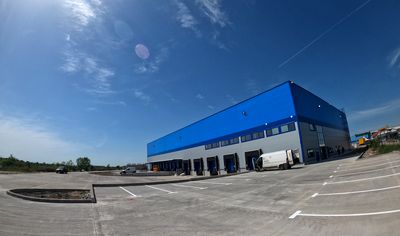 Prime yield may come under pressure for logistic and potentially office, in line with regional evolutions, but this will also depend on debt availability and terms.

Investors are still having appetite for commercial properties in Romania

The property investment volume for Romania in H1 2021 is estimated at circa €309 million, a value almost 22% lower than the one registered in the same period in 2020.

The Covid-19 pandemic impact on the real estate market was lower than expected, as investment volumes remained at a healthy level, both in 2020 and the first half of 2021.

Transactions started during the pandemic were closed in H1 2021, proving that investors are still having appetite for commercial properties in Romania, encouraged by the swift macroeconomic recovery.

Compared to last year, the number of transactions increased, with the average deal size decreasing to €21 million.

Bucharest continues to be the preferred investment destination in Romania and accounted for around 69% of the total transaction volume in H1 2021, followed by Timisoara, Iasi and Oradea.

The investment volumes were dominated by office transactions, with close to 64% of the total, followed by industrial (24%), hotels (9%) and retail (3%).

The largest transaction registered in H1 2021 was the sale of the Campus 6.2 & 6.3 buildings, in the Center-West submarket of Bucharest,

The two interconnected assets, with a total of 38,000 sqm GLA, were acquired by S-Immo, from Skanska, for approximately €97 million.

According to public information, this transaction was closed at a yield level below prime, mainly because of the particularities of the property such as the very long WAULT and strong tenant covenant.

Other notable office transactions in Romania, in the first half of 2021, were the sale of the first phase of The Light, also in the Center- West sub-market of Bucharest, by River Development to Uniqa RE and the acquisition of Bucharest Financial Plaza, in the centre of Bucharest, by Immofinanz from BCR.

The rest of the office transactions concluded in H1 2021 involved smaller buildings in secondary and tertiary cities in the country. The total office investment volume for H1 2021 reached €197 million.

The largest industrial transaction concluded in the same time span was the acquisition of the Catalyst industrial portfolio, consisting of 4 assets: 2 in Timisoara, one in Arad and one in Caransebes. The properties were bought by CTP, the largest player on the Romanian market, from the British group Catalyst Capital.

Other major logistic/industrial transactions in Romania were the acquisition of Industrial Park West Arad and Industrial Park West Oradea by Globalworth from Globalvision, the sale of H.Essers Warehouse in Oradea to Connectronics and the buying of Solo Logistic Park in Iasi by the Swedish fund Oresa, marking the entrance of the investor on the local real estate market.

The limited investment activity in this segment is due to lack of product as the market is dominated by strategic players who very rarely sell.

The only significant retail transaction concluded in H1 2021 was the sale of a small, big box portfolio across several tertiary cities in Romania. The properties were bought by Praktiker Real Estate and Lidl from Portico Invesment.

Local capital accounted for close to 10% of the total investment volume with international investors being involved in the rest. Austria was the main source of capital by far, with investors from this country accounting for over 60% of all transactions volume.

Hagag Development Europe Consolidates Its Local Portfolio With The Purchase Of Susai Hotel...

Demand for logistics and industrial spaces in the first 9 months of 2021...

Moxy and The Marmorosch, two hotels that become a reference point in the...