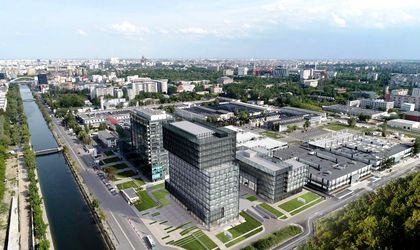 River Development announces the start of construction for London and Oslo office buildings in the Sema Park complex in the capital. With an investment of EUR 70 million, the two class A office buildings will have a built-up area of ​​35,709 square meters, the completion of the works being estimated for the second quarter of 2021. Sema Park, the largest urban conversion project in Bucharest, is a mixed real estate project that will cover the full range of functions and facilities specific to modern life.

A special feature of the two buildings is the optimal organization of spaces. The ratio between the leased area and the net lease surface (known as add-on factor) is only 5 percent, the lowest level in the local market. The rentable spaces will have rectangular shapes for maximum flexibility and for the neutralization of unused areas. In addition, buildings are enrolled in the BREEAM Excellent certification process. Oslo and London will have an acoustic ceiling, 3-meter (above the market average) office space, restaurant, outdoor terrace, retail and conference room.

“We continue to build the Sema Park, a space that is thought of as a mix of functions, bringing together the office, residential and retail segment, plus areas for leisure or cultural activities. We believe that the West-West of the Capital represents the new real estate development pole and we are happy to build Class A offices in the most effervescent area of ​​Bucharest. The London and Oslo buildings are part of the master plan for the entire Sema Park, which we hope will become for Bucharest a project similar to what Canary Wharf or Potsdamer Platz is for London and Berlin,” says Sorin Visoianu, CEO River Development.

The general contractor contracted to carry out the works is the construction company Consola Group, and the project management will be provided by Vitalis Consulting. The concept and initial design of the two buildings was carried out by Westfourth Architecture, and the update of the project was done by M3D Cinetic.

The two buildings benefit of accessibility and ideal connection to the city’s infrastructure. Petrache Poenaru Metro Station is located right at the entrance to the building and easy access by bus or tram. The Sema Park complex is 8 minutes from Victoriei Square, a 13-minute drive from Unirii Square and close to the Basarab Passage, another junction that connects major routes in the capital.

Over the past two years, River Development has begun a process of conversion and refurbishment of existing buildings on the Sema Park platform in Class A office buildings with a total rental surface of over 38,000 sqm. The first two buildings (Brussels and Paris) have already been completed, the third (Berlin) to be delivered in Q3 2019.